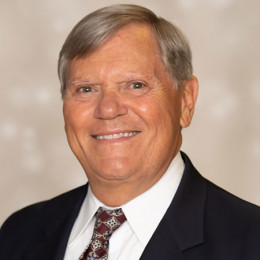 James Edward Narz, commonly known as Tom Kennedy, is an American television presenter best known for his work in biggest game series shows like, You Don't Say!, Split Second and Name That Tune. He is also known for his guest appearances on TV shows like, The Ghost & Mrs. Muir, Cannon, Cybill, and Laugh-In. He retired in 1989 after several game show pilots produced by his production company failed to sell.

Accounting his personal life, he once was a happily married man but currently is single. Actually, he hasn't divorced his wife it was his wife's death that made them apart. He had a very good relation with his late wife, with whom he has raised four children. Details about his kids have not been disclosed to the media yet. After his wife's death he hasn't married anyone.

She is the first and only wife of Tom, whose personal details are yet unknown to the media. She died on 12 February 2011.