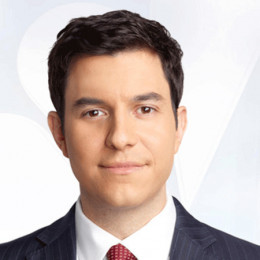 He is an award winning news correspondent and an anchor for ABC News based in New York. For the story that he wrote based on his own experiences as the first TV journalist working on a human smuggling interdiction at sea with the Coast Guard, he had received an Emmy award and also had received a regional Edward R. Murrow Award for coverage of Hurricane Sandy. He studied at Loyola University New Orleans. He is one of the reputed and sought for journalists in America.

Moving on to his personal life, he is a married man. Till now he has been married only once and with his wife he has raised an adorable daughter. There is not much information available about his family matters. There is no any record of his past affairs and other such relevant activities and also hasn't been a part of any controversial issues yet. Currently, he lives in Manhattan with his family.

Tom Llamas was born as Thomas Edward Llamas in Miami, Florida, to Cuban immigrants who had fled the island as political refugees.

Tom completed his graduation from Loyola University in New Orleans, Louisiana and he was a member of the LA Gamma chapter of Sigma Phi Epsilon. Later, he earned his bachelors degree in Broadcast Journalism, Drama and Speech.

In 2000, Llamas began his career with the NBC Specials unit. Later he moved to MSNBC and worked for nearly five years and covered mostly politics. After that, he moved to NBC's WTVJ in Miami.

In September 2014, he moved to ABC News as a New York-based correspondent and substituted for David Muir on ABC World News Tonight over the Christmas 2014 period.

In January 2017, Tom became the sole weekend anchor for  ABC World News Tonight. During the 2016 U.S. Presidential Campaign, he spent the year reporting on the Republican candidates.

Llama has won several awards including an Emmy Award for "Best Anchor" and "Best Hard News Story". His first Emmy was awarded in 2008 for his reporting as the first TV journalist to work on a human smuggling interdiction at sea with the U.S. Coast Guard.

Tom is a married man, he ties a knot with Jennifer Llamas in a private ceremony. The duo was blessed with children but due to his secretive nature, he hasn't revealed much regarding his wife and kids. However, as per the source in

The couple is together since a long time and shared a good equation and there aren't any kinds of rumors regarding their divorce and split.

The Emmy award winning journalist has earned a good amount of money from his career. Even though there is no concrete figure about his net worth, it is certain that he has accumulated a net worth of million dollars.

She is the fist wife of Tom. The couple is often spotted together at various events and honorable functions.

She is the first and the only child of Tom and his wife till now. Her name and date of birth is unknown.