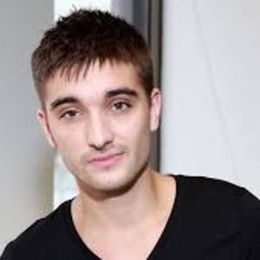 Tom Parker is a British singer who rose to fame after being a member of the British-Irish boy band The Wanted. The singer who is married to Kelsey Hardwick shared with fans that he has a stage 4 brain tumor.

Tom Parker, the Wanted's singer is happily married to long-term girlfriend Kelsey Hardwick. They tied the knot on 31 August 2018 in a lavish ceremony held in Surrey, England. Parker released up to 3 top ten albums and sold over 10 million records. 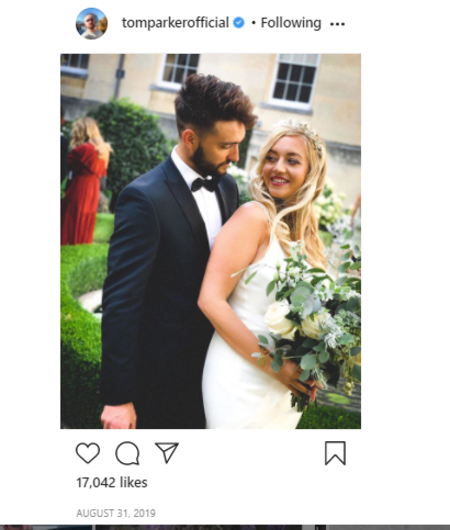 In a lifetime voyage, the lovebirds became parents to daughter Aurelia. They gave birth to a baby girl in 2019. In addition, Parker and his wife Kelsey announced in June 2020, they were expecting a second child, a boy in November.

The 32-year-old British singer revealed he has been diagnosed with a grade four glioblastoma tumor during an interview with OK Magazine on October 12. The former member of The Wanted told that after having a seizure in July and another six weeks later, an MRI revealed the root cause was inoperable. 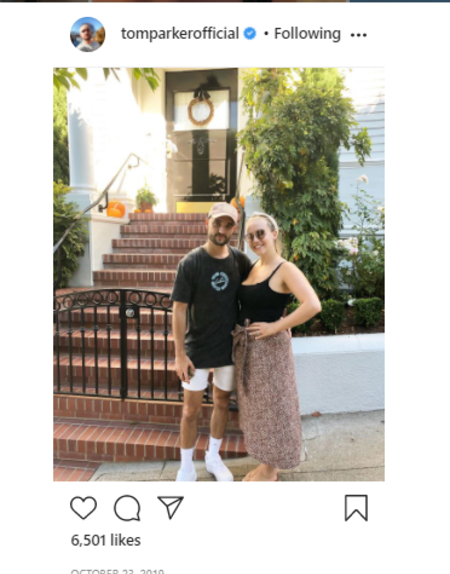 Parker added, "It's a brain tumor, All I could think was fu****g hell! I was in shock. It's stage four glioblastoma and doctors have said it's terminal." The singer added he will be undergoing chemotherapy as well as radiation therapy.

Parker updated his fans regarding the tumor diagnosis via Instagram on Monday writing "We are all absolutely devastated but we're gonna fight this all the way. We don't want your sadness but love and positivity and together we will raise awareness of this terrible disease".

Tom Parker possesses an estimated net worth of $8 million as of 2020. Major of his income is generated from his career as a singer. He shares a luxury lifestyle with wife Kelsey and their one-year-old doll.

Tom learned playing guitar at age 16. He passed the auditions for the X-Factor but sadly did not make it out of the first round. Parker joined a take That Tribute Band called Take That II. He, furthermore, participated in a nationwide audition for a new singing group in 2009. Soon, he became eventually selected as one of five members of The Wanted. 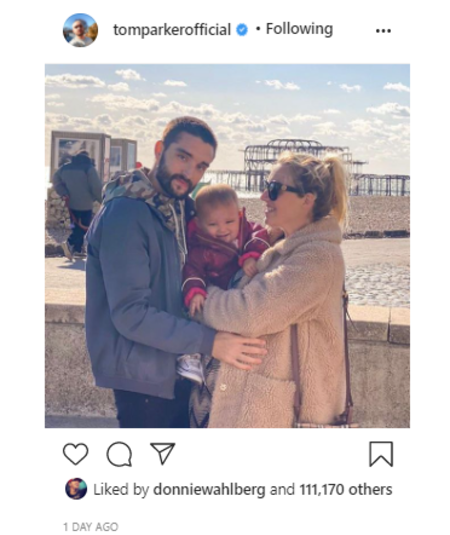 The Wanted's debut studio album was released in 2010. The group's first single All Time Low reached #1 in the UK and Ireland and hit #3 in the United States. The band received the People's Choice Award in 2013 and garnered numerous World Music Awards in 2014. Not only that the group also has its own reality series on the E! Network called The Wanted Life.

Tom Parker was born in August 1988 in Bolton, Manchester, England. He holds British nationality and belongs to white ethnicity. When it comes to education, Parker attended Manchester Metropolitan University and studied Geography but dropped out to chase a singing career.

Tom Parker and wife Kelsey Hardwick are married for more than three years. They are blessed with a daughter Aurelia.