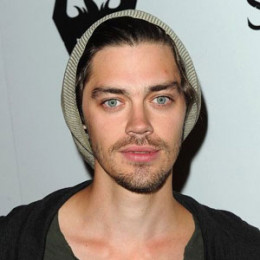 Tom Payne is a British actor known for his mesmerizing performance in AMC Tv series The Walking Dead. Even though he portrayed the role of a gay man in the series, he is actually straight and is dating singer Jennifer Akerman.

Tom Payne was born Thomas Payne on 21 December 1982 in Chelmsford, Essex in Bath Somerset. He grew up with his younger brother Will Payne who is an actor now.

Payne attended King Edward’s School before enrolling at the Central School of Speech and Drama. While in High school he was part of the school’s Drama Department.

Tom made his screen debut in 2007 with BBC series Waterloo Road. The following year he appeared in Miss Pettigrew Lives for a Day. He then performed in BBC 2 film Best: His Mother’s Son followed by Marple: They Do It With Mirrors and ITV’s Wuthering Heights.

In 2007 Payne was named as one of the Screen International’s Stars of Tomorrow. Afterward, he was cast in HBO’s Luck featuring Dustin Hoffman and Nick Nolte in 2010 directed by Michael Mann whereas written by David Milch.

The 35-year-old actor Payne is in a romantic relationship with Jennifer Akerman. His girlfriend Jennifer is a singer known as a founder of rock band Bloke & Bird. The lovebirds have been dating since 2013.

Tom is a well-paid actor of Hollywood. He earns quite a lucrative amount from his acting career. His current estimated net worth is $6 million.