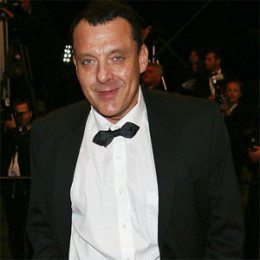 Thomas Edward Sizemore, Jr. is an American film and television actor and producer. His mother, Judith was a member of the city Detroit ombudsman staff and his father , Thomas Edward Sizemore,Sr, was a lawyer and philosophy professor. Tom has three brothers, Charlie, Aaron and Paul. Tom attended Michigan State University for a year as well as Wayne State University and earned a master’s degree in theatre from Temple University in 1986. He then subsequently moved to New York City to pursue acting. He had a voice as Sonny Forelli in the video game Grand Theft Auto: Vice City.

Tom was married to his girlfriend Maeve Quinian after dating her for some time. Their affair was one of the most talked topics of the town at that moment. The couple got married in the year 1996 but their marriage couldn’t last long and ended in the year 1999. The main reason behind their unsuccessful marriage because of severe drug problems. He has two children named Jayden Sizemore and Jagger Sizemore.

Thomas Edward Sizemore Jr. was born on 29 November 1961 in Detroit, Michigan. He belongs to Native American and French ancestry. His birth sign is Sagittarius.

His father, Thomas Edward Sizemore, Sr. worked as a lawyer and philosophy professor and his mother, Judith  (nee Schannault) was the member of the city of Detroit ombudsman staff.

He started his acting career performing in Oliver Stone's Born on the Fourth of July in 1989. Harley Davidson and the Marlboro Man, Point Break, True Romance, Natural Born Killers, and Strange Days are some of his initial roles.

Appearing as a supporting actor in many movies, he gained a notable role as Michael Cheritto in the 1995 movie Heat. He made debut playing a lead role in the 1997 movie The Relic as Vincent D'Agosta.

Some of his commercially successful movies in the late 1990s include Devil in a Blue Dress, Witness Protection, Saving Private Ryan and Bringing Out the Dead earning $217,000,000 at the box office.

Some of his recent movies include Beyond Valkyrie: Dawn of the 4th Reich, Mark Felt: The Man Who Brought Down the White House, Blue Line, The Immortal Wars, Atomica, and House Rules.

The Red Road, Lucifer, Shooter, Twin Peaks, and Law & Order: Special Victims Unit are some of his recent TV roles.

Sizemore has an estimated net worth of about $3 million at present.

During an interview, he stated that he was left homeless due to drugs addiction. He lived in his car and then a squat for about two years.

'I wasn’t homeless but I had to fast sell my $7 million house. This is how f***ed up I was, I could have bought something else, like a condo or something, but I wanted a house again.'

‘So I was driving around in my car for a couple of weeks, I mean I was on drugs, I was thinking I’m gonna get the money to buy a $5million home and I’m asking certain people for money. I asked Jack Nicholson, “can you loan me $10million”, and he said, “In a word, no.”'

In 1996, he married actress Maeve Quinlan but the two couldn't sustain their relationship for a long time.

He had serious drug issues and that was the reason for his divorce from his wife. Before Quinlan came in his life, he dated English actress Elizabeth Hurley and American singer and actress Juliette Lewis. 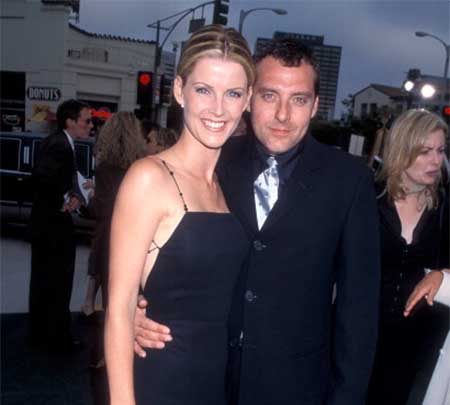 After being separated from his wife, he dated American columnist and TV personality and the former 'Hollywood Madam' Heidi Fleiss in December 2000. He was once sentenced to 7 months prison for physically assaulting Fleiss.

In 2003, he dated Janelle Mclntire. She gave birth to their twin sons Jayden Sizemore and Jagger Sizemore.

Sizemore was kicked off from the set of the movie Born Killers in 2003 for sexually abusing an 11-year-old child actress. Due to lack of evidence and witness, he was allowed back on the set.

The girl who is 26 years of age now, filed a lawsuit against Sizemore in May 2018. She claimed that she was emotionally shattered as she sought at least 3 million.

The star denied the allegation as it surfaced in 2017 saying that he'd never touch a child in an improper manner.

He had a serious battle with drugs addiction ever since he was 15 years of age. He was sentenced for 7 months in prison from physically assaulting then-girlfriend and four months in drug treatment after repeatedly failing drug tests while on probation on 25 March 2005.

He was arrested in May 2007 for possession of methamphetamine while still in probation.

Explaining the early days, he said,

"Drugs are a progressive disease, if I do drugs again I go right back to where I was before, I was ineffectual, I could barely get dressed, I was hopeless."

"My life’s gotten a lot better, it’s been a real chronicle, but I’ve got a long history of substance abuse, I was in a really bad place."

"But I am smiling again, you’ve got to stick around until you feel better."

Consuming cocaine, heroin and crystal meth for years, he became sober in 2013.