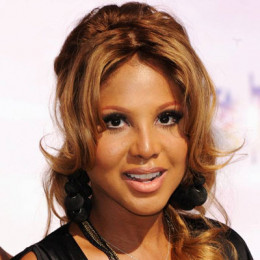 Gorgeous and beautiful American multi talented personality who is R&B, Gospel singer & songwriter,musician,actress, record producer, pianist, famous television personality and philanthropist.She is mainly popular for her singles like You're Makin' Me High. Among her six siblings she is the eldest daughter of Michael Conrad Braxton and Evelyn Jackson. She was discovered by William E. Pettaway while she was pumping gas.

Beautiful R&B singer is rumored of getting nose job done. Talking about her marital she was married to her boyfriend whom she met in her tour. They dated for 1 year and converted their relationship into marriage. Together they became parents of two son. Later after nine years of her relation with her husband through her attorney she filed divorced with her husband.

He is the keyboard player for the R&B group Mint Condition. Together they are parents of two sons. After nine years of their marriage they got divorced.

He is the eldest son of the couple. His picture along with his mother can be found in different sites.

While he was about to born Toni was confined to bed due to some complication. He has been diagnosed with autism.