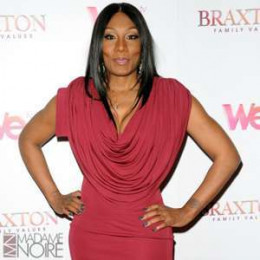 Trina Braxton is an American singer, actress, and reality television personality best known as a member of the R&B group "The Braxtons". Her father, Michael Conrad Braxton, was a Methodist clergyman and power company worker and her mother is Evelyn Jackson, who was a former opera singer and cosmetologist and pastor. Trina started her solo career in 1997 as a singer as well as an actress.

Trina Braxton was born on Trina Evette Braxton on December 3, 1974 in Severn, Maryland, U.S. to Michael Conard Braxton, Sr., and Evelyn Jackson. Her father was  a Methodist clergyman and power company worker where as her mother served as the  former opera singer and cosmetologist, as well as a pastor.

Braxton was raised in a strict religious household along with her older brother Michael, Jr. and four sisters Toni, Towanda, Traci and Tamar. She first sings at church choir.

In 1991, Toni's departure from the group and the remaining Baxtons members became the backup singers for Toni's first US tour, music videos and prmotional appearnces. She started her solo career in 1997.

Braxton appeared in the in the 2004 Tyler Perry play Meet the Browns as Tracy Stevens. Then she appeared in the play, Rise, The Walk and two other independent films. She joined the  wedding band "Simply Irresistible" as a lead vocalist in 2009.

The couple got married in August 2003 but later got divorced in April 2015 after Trina found out that Gabe was cheating on her. They have two children but no information has been disclosed about them.