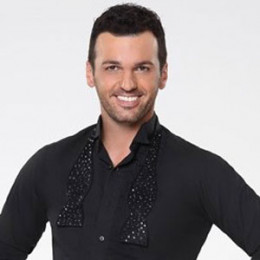 Driton Tony Dovolani is a professional, ballroom dancer, instructor, and judge. He is famous for coaching Jenifer Lopez and Richard Gere for the film Shall We Dance, in which he played a cameo role. Dovolani is a two-time dance champion and certified world judge. He is also known for his association in the American version of Dancing With the Stars on ABC. Tony is World Rhythm Champion.

Tony was born on July 17, 1973, in Pristina, Kosovo. He moved to Stamford, Connecticut along with his family at the age of fifteen. He attended classes at a Fred Astaire Dance Academy.

Tony started Albanian folk dancing at the age of 3. He trained at Fred Astaire Dance Studio in Connecticut. He joined Dancing with Star in its second season pairing up with stunning wrestler Stacy Keibler and was placed in third place. Dovolani was a winner at Dancing with the Stars All-star Season,season15 with partner Melissa Rycroft.

He was nominated for an Emmy for his amazing choreography in the famous Dancing With Stars show, in 2006. He has coached Jennifer Lopez and Richard Gere for the 2004 film Shall We Dance, in which he played a cameo role. Dovolani and dancers Maksim Chmerkovskiy and Elena Grinenko have created a website called ballroom dance channel.com for bringing awareness for dancing.

The 43 years, Tony is a married man. He married his wife Lina in 1999. The couple is blessed with three children. They have twins, a boy named Adrian and a daughter Ariana(born on2008) and Launa(2006).

The pair first met on a blind date in 1998 and four hours later Tony proposed to her.

The professional ballroom dancer Tony Dovolani's net worth is estimated to be $2 million. He is living a luxurious life with his family.

Launa is the first daughter of Tony and Lina.

Lina gave birth to twins Adrian and Ariana when Launa was 3 years old. Adrian is a boy and Ariana is a girl. They were born on September 8, 2008. She went into labor while Tony was busy with his rehearsals for the seventh season of Dancin with the Stars with partner Susan Lucci.