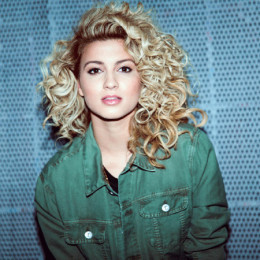 An American singer and songwriter who is better known as 2004 winner of America's Most Talented Kid which is the NBC talent competition. From very young age she was fascinated towards music career. when she was just 14 years old she started posting videos on YouTube. In 2012 she released her first own titled Handmade Songs By Tori Kelly. After seeing her videos on YouTube Scooter Braun became her manager and signed her to Capitol Record.In 2015 she released her first debut album, Unbreakable Smile which was commercially success. Beside singing she is also member of charity organization named "Kids with a Cause" whose purpose is to help Kids in need around the World.

Tori Kelly was born on 14 December 1992 in Wildomar, California to Allwyn Kelly and Laura Kelly.

She belongs to Puerto Rican, Jamaican, Irish and German ancestry.

Kelly first gained wide popularity after posting YouTube videos when she was just 14.

She gave audition for the TV show American Idol at 16. She released her debut album, Unbreakable Smile on 23 June 2015.

Her lead single 'Nobody Love' became her first US Billboard Hot 100 appearance.

Kelly's net worth is estimated to be $3 million as of January 2019.

Tori Kelly is a married lady. The singer wedded basketball player Andre Murillo on 20th May 2018.

The couple confirmed the news on social media posting a wonderful portrait of the new bride and groom.

The wedding ceremony was held seven months after Murillo and Kelly engaged in late September 2017.

The couple had been dating each other since December 2016. They remained in a romantic relationship as girlfriend and boyfriend for more than two years before exchanging vows.