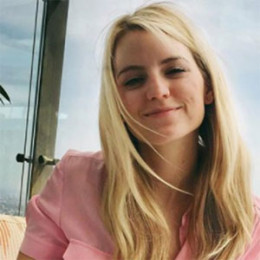 Tori Woodward is an American Instagrammer. She rose to popularity after she began dating Alex Pall from the music band The Chainsmokers.

Tori Woodward was born on 3rd July 1991 in the United States of America. She is of White-American ethnicity and holds American nationality. Woodwards was raised in New Jersey and later shifted to New York.

Tori Woodward has not maintained her public figure till date, as she came into limelight after her relationship with famous band member Alex Pall.

Her boyfriend, Alex Pall is popular as the band member of The Chainsmoker, which is a most trending band for tracks like, Closer, I Won't Stop You, and more.

Tori Woodward was in a relationship with her boyfriend Alex Pall, however, the couple separated after Woodward accused him of cheating her.

Woodward posted a photo from CCTV footage which she said was of Alex Pall kissing another woman. She also blamed him for reporting her on Instagram which resulted in that picture being deleted. She stated,

''Alex is disgusting. Men are trash. Don't ever forget it,''

Woodward also wrote on surveillance shots before it was removed.

Woodward continued with more posts that disclosed that The Chainsmokers band member Pall wasn't faithful in the past, in their long-term relationship of four years.

''After hours of begging him for scraps of honesty, I chipped away just enough to confirm that this is not that first time he's remorsely cheated on me. That 'psycho bitch' from Vegas, 'the lame Instagram model' caught on video on countless other he looked me in the eyes and swore on his life he never touched,''

Woodward also wrote on her social media, ''If there was ever time to hold a powerful man accountable for their disgusting behavior, it's now,''

Later, she changed her anger into a motivational message for other women.

''Don't be that guy. Don't let your friend or brother or business partner be that guy. Basic report for women n your life should not be such a hard standard to hold each other too,''

After the breakup, she concluded on her Instagram with a thankyou note,

''I really appreciate all the kind messages I've been getting. I'm moving on with my life now with the satisfaction that I'm liberated from a horrible person and encourage anyone else in a similar position to know your worth and do the same,''

There are no any details regarding her net worth or salaries, as she was famous because of her past relationship with Alex Pall. Her boyfriend, Pall has an estimated net worth of $8 million as he is the half DJ for that band The Chainsmokers.