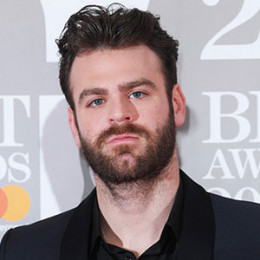 Alex Pall is one half of EDM DJ duo The Chainsmokers. Along with Andrew Taggart the duo has released hit songs like Closer, Don't Let Me Down, Roses, Something Just Like This, and Paris among others. As of now, Pall is leading a single life after break with girlfriend of three years who accused him of cheating on her. She even posted several snaps of Pall kissing another woman on her Instagram account.

Alex Pall was born on May 16, 1985, in New York City, New York. As per ethnicity, he is of mixed ethnicity (French descent) and holds American nationality. He was raised in Westchester County, New York by a housewife mother and an art dealer father.

He studied art history and music business at the New York University.

Alex Pall grew up DJing and along with DJ Rhett Bixler started the group The Chainsmokers, a name that Pall came up when he used to smoke pot in college. After Bixler left the group, it was reformed under the management of Adam Alpert as an EDM DJ duo in 2012.

Before Pall was introduced to Andrew Taggart by Alpert and became The Chainsmokers, Pall worked at an art gallery in Chelsea, Manhattan. At the time Taggart was a student at Syracuse University and also an intern at Interscope Records.

Taggert had an interest in DJing and also had posted some of his originals in SoundCloud. The two instantly connected musically and as a start off project, they made mixes of indie bands. In 2012, they released their first single Erase, a collaboration with Indian actress and singer Priyanka Chopra. In 2013, they released The Rookie.

In September 2014, they performed live for the first time opening for Timeflies at Terminal 5. In December 2013, they released #Selfie for free, later re-released by Dim Mak Records in Jan 2014 and eventually streamed it to Republic Records. It gained international acclamation and peaked on the Dance/Electronic Songs chart. According to Pall, the song was life-changing for the pair. Steve Aoki also re-released the song.

After the breakthrough single they released Kanye featuring sirenXX. In April 2015 they signed with Disruptor Records, a joint venture label with Sony Music Entertainment.

The Chainsmoker released their debut EP Bouquet on Disruptor Records which included songs like Waterbed, Roses, Good Intentions and New York City Until You Were Gone. On Feb 5, 2016, the group released Don't Let Me Down featuring Daya. When they played at Ultra Music Festival on March 19, 2016, the denounced presidency candidate, now President, Donald Trump.

On July 29, 2016, they released Closer featuring Halsey. This is one of their most succesful songs, peaked #1 in the U.S and U.K, also charted in eleven other countries. They performed the song at the 2016 MTV VMAs which was considered one o the worst performances of the night by The New York Times, Rolling Stone and Us Weekly. Even Taggart in an interview with Billboard said that 'It sounded like shit.' In October 2016, they were ranked 18th in DJ Magazine's annual list of the Top 100 DJ's.

On Jan 13, 2017, they released Paris, certified gold in both Canada and the U.S. Further it streamed 270 million times on Spotify as of March 2017. At the time they also announced about working on their first album and The Memories Do Not Open Tour which included 40 North American cities, also including artist Kiiara and Emily Warren.

The signed an exclusive three-year residency deal with Wynn Nightlife, and as per the contract, they will only perform in nightclubs owned by Wynn-XS Las Vegas and Encore Beach Club until 2019. Pall said that it was the best deal that Las Vegas offered. They collaborated with Coldplay in Something Just Like This released in February 2017 simultaneously after The Chainsmokers performed with Coldplay at the 2017 Brit Awards. The lyric video of the show was viewed 9 million times breaking the record for most views of a lyric video in one day. Their first album Memories...Do Not Open was released on April 7, 2017, debuted #1 on the Billboard 200 with 221,000 album-equivalent units which included 166,000 pure album sales. In August 2017 the album was certified platinum.

On Jan 17, 2018, The Chainsmoker released Sick Boy, first single after the release of their album.

Alex Pall was in a relationship with Tori Woodward. The two started dating in February 2014. After three years of togetherness, Woodward broke up with him on Jan 16, 2018, after he cheated on her with an unknown woman.

Pall's infidelity was apparently captured by CCTV at his resident. Woodward posted the surveillance snaps on her Instagram stories writing 'Alex is disgusting. Men are Trash. Don't ever forget it.' It was later taken down by social media after Pall reported it to Instagram as claimed by Woodward.

Excited for the holidays

After a long silence after the breakup, Talking to TMZ at Los Angeles International Airpot before he got on a flight for a show in Doha, Qatar, he said,

“It’ll be good to get out of the country,” he said, sharing that he’s been feeling “miserable” since the public shaming and breakup."

"She deserves the best. I wish nothing but the best for her. She deserves a better guy than me.”

He seems to have learned a lesson after the separation as he said he learnt to be a better person and take care of who you love.

Pall is currently in a relationship with a new girlfriend Katelyn Byrd. They are spotted a couple of times cuddling and kissing one another on the sidewalk in New York City earlier in 2018.

The couple got together officially in March 2018 after two months his ex-girlfriend Woodward caught him cheating.

Byrd frequently appears on Pall's Instagram posts and the two look amazing together.

Alex Pall as part of The Chainsmokers was ranked third on Forbes' World's Highest Paid DJ's list of 2017 earning $38 million. As per some source, Alex Pall's estimated net worth is around $4 million.

Pall earned most from various songs released as part of the group The Chainsmokers. Their song Closer debuted at #9 on the Billboard Hot 100. It eventually peaked #1. Their first album Memories... Do Not Open debuted at number 1 on the Billboard 200. It sold 2221,000 copies with pure sales of 166,000.

Also Read the Biography of: Cardi B

The Chainsmoker also signed a three year deal with Wynn Nightlife with exclusive rights to Wynn owned club. They got paid a good amount of the deal.