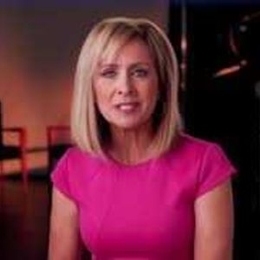 Tracy Butler is an American meteorologist best known for her appearance in the TV show News This Morning and Windy City Live on ABC 7. She has been serving on ABC 7 since 1994. Let's dive deep into know everything about Tracy Butler in detail.

Tracy Butler is a married woman. She is happily married to her long-term partner Michael since 1992. Believe it or not, Tacy met the love of her life on a blind date arranged by her cousin. So, after kindling romance for years, the pair soon took their relationship to the next level. 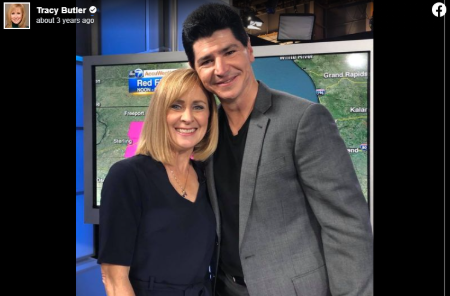 Amidst the time, Butler was servicing at ABC7 while Michael was owning the personal training studio. Mr. Michael proposed to her with a big diamond rock (engagement ring) in Duquesne Incline, Pittsburg. And, Tracy said "I Do" a few moments later.

Tracy Butler and her husband Michael are blessed with adorable children. Both of their daughters Crystina and Cassandra ages between 22 and 26. Tracy's girls are interested in baking and play sports like tennis and golf. Back in 2017, Butler once proudly shared a picture of cupcakes made by her daughters and their friends.

How Much Is Tracy Butler Net Worth?

Needless to say, the life of journalists is rarely talked about and optionally makes headlines, it's not that easy to trace their details. Tracy Butler is one of them who hesitates revealing her earnings in public. However, assuming her job and yearly income, she makes $32,421 to $99,000.

Butler started her professional career working at WTRF-TV, followed by her job as a chief weather anchor at WFMJ-TV based in Youngstown. In 1993, Tracy became a filled-in anchor in the morning shows Good Morning America till 2002. She, furthermore, joined ABC7 in 1994 and served as a meteorologist for ABC7 News This Morning since 1995. 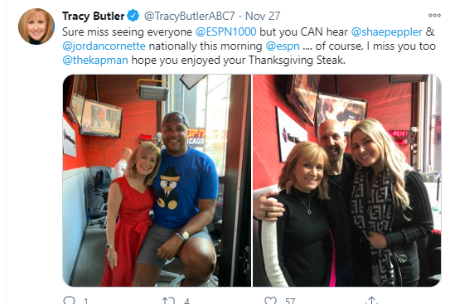 By 2014. Tracy along with the ABC7 weather team was honored with an Emmy Award for the special Surviving the Storm. The blonde beauty has most notably been a fastener member of the National Weather Association and the American Meteorological Society.

Amidst her tenure, Tracy won the Illinois Treasurer's Public Service Award and Public Education Award. Apart from that, she was titled the Woman of the Year by the Executive's Women's Golf Association within a few years.

Tracy Butler and husband Michael Fishman have successfully crossed 27 years of marriage. They are blessed with two daughters.

Crystina is the first child of Tracy Butler and her husband Michael. She was born in 1993 and she has a sister Cassandra.

Cassandra was born in 1995 as the second child of Tracy Butler and her husband Michael. She has a sister Cristina.