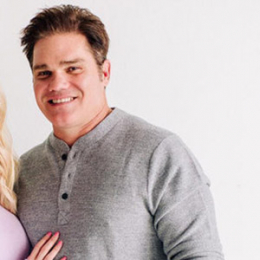 Co-founder of the company, Hollman Inc, Travis Hollman makes a great deal of fortune as an entrepreneur. He is a chairman of his company which is a wood and laminate locker manufacturing company. Besides, he created Vacation in a Bottle, a relaxation drink.

Travis Hollman is happily married to his wife, Stephanie Hollman since 2008, April 19. The businessman, Hollman tied a knot with his wife on April 19 of 2008. 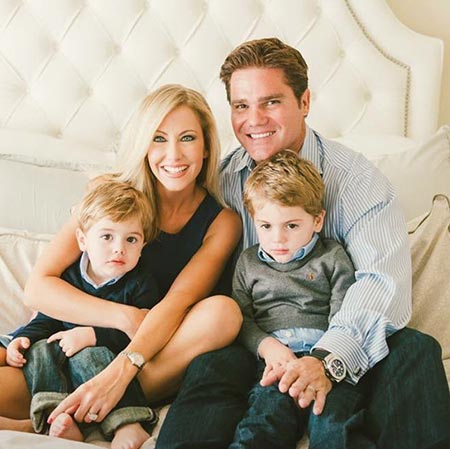 Stephanie Hollman with her husband and children.

The duo moreover is blessed with two adorable children sons; Cruz Hollman and Chance Hollman. He managed to keep their birth details under wraps. Travis is concerned about his children, which is why he doesn't bring them up in the media.

The romantic couple renewed their vows, recently in April 2018. Travis and Stephanie recreated their wedding scenario in their luxurious 8,631-square-foot house in Dallas. Check out their renewed wedding picture!

Stephanie Hollman renews the vows with her husband in April 2018.
SOURCE: Pop Culture

Travis enjoys quite a luxurious and busy life with his professional life. Nevertheless, he manages to take out time for his wife and children. On the other hand, his wife, Stephanie, is busy with her schedule in the entertainment industry, but still, she organizes the time for her private life. Moreover, the couple is doing everything to parent their children well.

Travis Hollman Career; Know About His Net Worth

Travis Hollman holds a whopping net worth of $18 million. He is a co-founder of a company, Hollman Inc., which is a wood and laminate locker manufacturing company. Moreover, he is the chairman of the company, and it makes most of his earning.

Hollman's career is all invested in his company as he always looks to grow his business. The company produces fitness lockers for their clients. Also, it manufactures and makes squash courts and racquetball. Furthermore, the company is 'the largest manufacturer of laminate locker and woods' as per their website.

Travis lives a luxurious life in an 8,631-square-foot mansion and even spent $1.7 million for its renovation. He bought it for below the asking price of $8.2 million and has an indoor swimming pool. Have a look at the video, where Stephanies takes a tour of the house to show her viewers!

The entrepreneur, Travis, has a love for cars and holds a collection of vintage cars in his mansion. He has a classic Rolls Royce whose price ranges from $275,000 in the current market. Besides, he regularly provides luxurious gifts to his wife. Moreover, the 50-years-old, Travis gifted her an expensive Rolls Royce, a few years ago. Also, he gifts her presents in the range of $70,000, including jewelry.

Born on May 4, 1969, in the United States, Travis Hollman grew up in Portland, Oregon. He is of White ethnicity and American nationality. Similarly, his birth sign is Taurus. 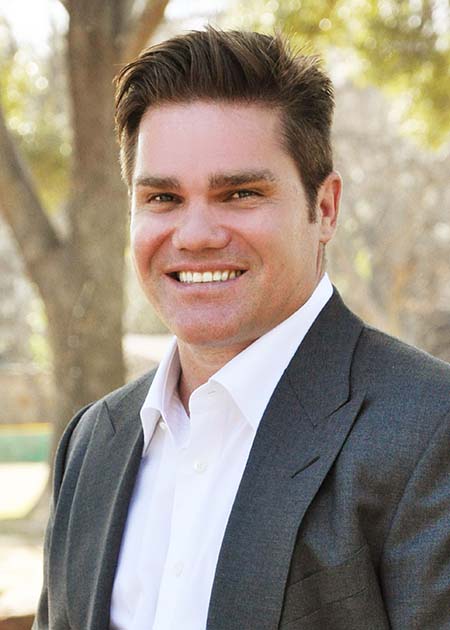 Travis Hollman is the co-founder of the company; Hollman Inc.
SOURCE: PR Newswire

Hollman went to Jesuit High School for his higher school studies and graduated from it. Later, he joined the University of San Diego and studied Business. His father, Joe co-founded the company Hollman Inc, which he currently runs. Also, he created Vacation in a Bottle, which is a relaxation drink.

Travis Hollman married his girlfriend turned wife, Stephanie Hollman on April 19, 2008. Stephanie is a Reality-TV star who appears on the Real Housewives of Dallas.

Travis Hollman and his wife, Stephanie Hollman gave birth to the first son, Cruz Hollman and kept the secrecy of his birth details.