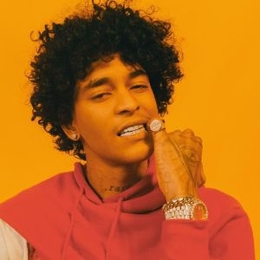 Social Media has its many pros and cons, but there is no doubt it has emerged as a best platform for people to showcase their talent and reach a broad audience. Trill Sammy is also one such example who gained recognition first from social media.

Trill Sammy was born Samuel Michael Perrares Garcia on November 30, 1997, in Housten, Texas. Hence, as of June 2020, he is 22-years-old. Not much is known about his family except that he consists of Black and Peurto Rican ethnicity and is very close to his mother. 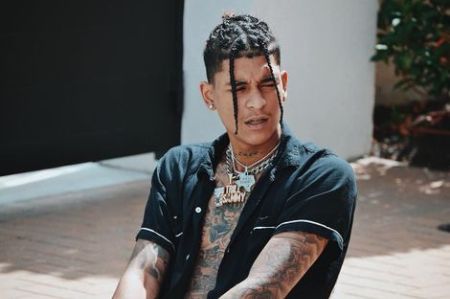 As for Sammy's education, he attended Worthing High School, Housten, Texas, but dropped before graduation to pursue a career in music.

Who is Trill Sammy's Girlfriend?

Trill is very private about his romantic life. He has not introduced anyone as his girlfriend in public or social media. Hence, fans are continuously speculating about his dating life and linking him with other celebrities.

In November 2015, rumors of Trill dating reality TV star Shannon Clermont began when he commented 'girlfriend' in one of her tweets. The talks got even more fire when they were spotted doing innocent flirting with one another several times on Twitter. 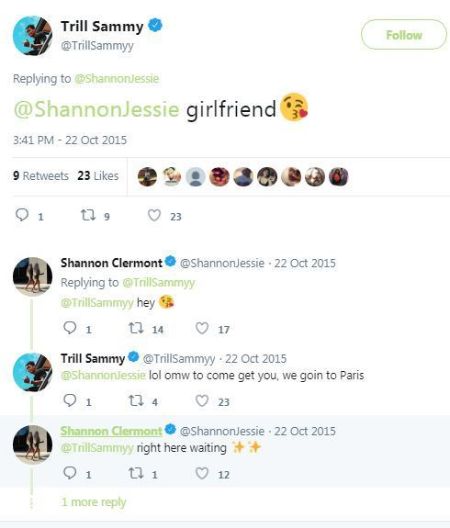 Trill Sammy was once rumored to be dating Shannon Clermont. SOURCE: Married Divorce

The couple, however, never confirmed their relationship and were never spotted together in public. Thus soon, the rumors subsided. Sammy was also linked with Znuie of Ceraadi fame when he posted a photo where he is seen hugging her. 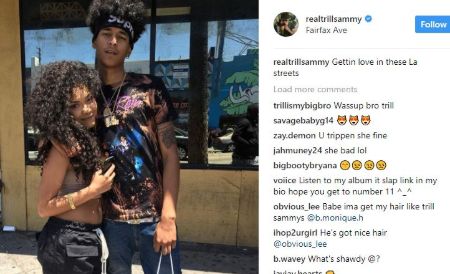 Though in the photo, the pair look cozy; however, they were never seen together again on social media or public; thus, it is very likely the speculation of Trill and Znuie dating was false.

Not to mention, Trill Twerksum's name was also romantically linked to Mizz Twerksum who is a dancer and businesswoman. But, of course, Trill and the twerking queen never stated anything about the rumors.

But, in recent times as of December 2021, Sammy has managed to keep himself off dating news and speculation. Indeed, the rapper is busy making music and recently released his latest song titled Pop Star.

Trill Sammy Composed Songs such as 'Uber Everywhere' and 'Trappin'

Sammy's career started in 2015 when his freestyle rap Netflix and Chill went viral on Twitter. After that, local artist Dice Soho collaborated with him, and together they featured on the track Just Watch.

The song became pretty popular, and in 2016 he released his first EP Red Album. It featured artists like Soulja Boy, Slim Thug, Kirko Bangz, and Dice Soho and popular singles such as Trappin and Just Watch.

The rapper's popularity increased further with songs such as Uber Everywhere(Freestyle) and Do not Disturb. Till now, he has released one EP, one Mixtape, and two studio albums. His latest album is Trill SoHo, which was released in May 2020 and consisted of songs such as Safe Than Sorry and What's up With That?

Trill Sammy's Net Worth is Substantial

Trill boasts a total net worth of $500,000, which is impressive for a 22-year-old high school dropout. He earned this fortune primarily from the sales of songs. He puts his music on several streaming sites such as Soundcloud, apple music, and many more. In addition to that, he has a merchandise line on his name, where he sells apparel and other accessories. On average, an item costs $20. 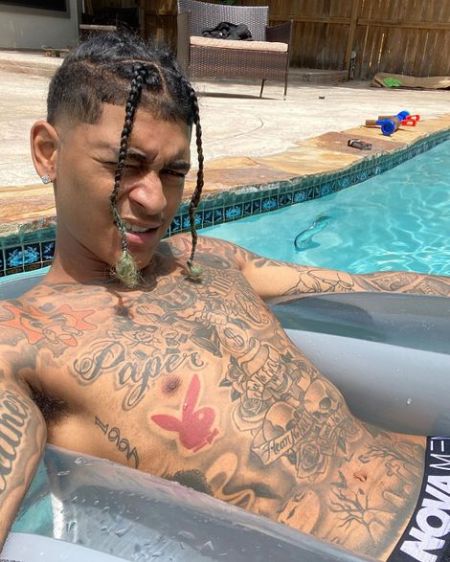