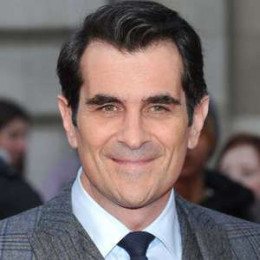 Ty Burrell is an American comedian and actor who is best known for his magnificent performance in the ABC sitcom Modern Family as Phil Dunphy. He is the son of Gary Gerald Burrell who was a family therapist and Sheri Rose who was a teacher by profession. He began his acting career when he was at the age of 34, with the film Black Hawk Down in the year 2001. In 2004, he appeared in another movie Dawn of the Dead. After few appearances on the show Law & Order he started doing several comedy sitcoms and movies.

Burrell is married to his longtime girlfriend,  Holly since 2000. Holly is a former actress who has turned into a pastry chef.

It was announced on March 18, 2010, that Burrell and his wife had adopted a baby and two years later couple adopted their second baby.

Burrell is very close with his family especially his brother Duncan, with whom he owns a bar in Salt Lake City and has also continued to develop writing projects with him. Currently, he resides with his wife and kids in Southern California.

The actor has an estimated net worth of $26 million. He earns an impressive sum from his appearances in the movies and TV series.

Burrell has been married to Holly since 2000. Holly is a former actress who has turned into a pastry chef.

Frances Burrell is the first child of this couple.