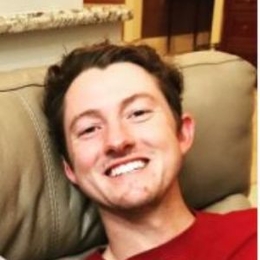 Ty Gretzky is a former hockey player and businessman. Besides, he is best recognized as the son of hockey's great player Wayne Gretzky.

Ty Gretzky started dating his girlfriend, Sara Marie Cusick, in 2017. Then, Ty proposed to her in the gazebo with a ring. She said, "Yes." From the very beginning of wedding planning, the engaged couple wanted a winter wedding with winter vibes. So, the duo got hitched in Brooklyn on Feb 29, 2020. 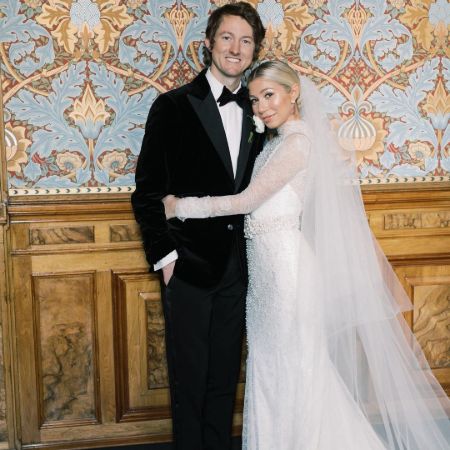 Not to mention, the bride wore her elegant long sleeves gown with its matching pearl belt. In comparison, Ty opted for a black velvet tuxedo. The attendants received a custom mini Gretzky Whisky bottle, Funfetti cake and delicious food during the reception.

After the wedding, the two were packed and ready for their honeymoon to Italy, but overnight, the country began its lockdown measures. They canceled their trip, but Ty took the initiative to plan a trip to Hawaii. 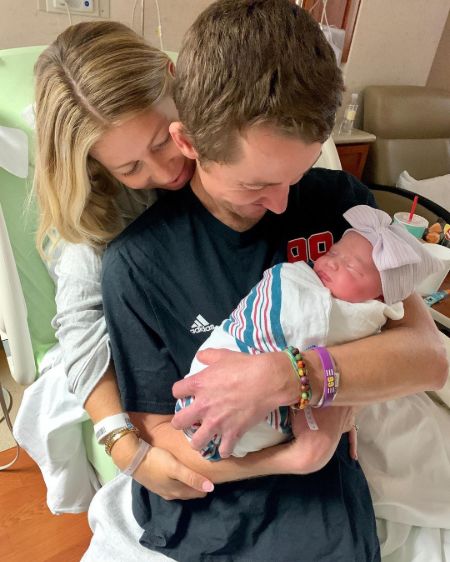 Well, Ty and his beloved wife welcomed their first baby daughter on Sep 29, 2021. The new baby daddy took to Instagram to share a snap of her adorable daughter laying on his arm along with his wife by his side.

However, Ty have not revealed the name and identity of their photo of a newly born baby. Ty and Sara have been together for more than five years, and now they're a happy family of three with no rumors of divorce or extra affairs.

How Rich Is Ty Gretzky?

Ty Gretzky works with his father at Gretzky Hockey School. Not to mention Ty is the founder of the company and established Gretzky Hockey School years ago, as per his LinkedIn page. While he sure shares a passion for Hockey like his father, he never followed in the footstep to become one formally. His net worth is not disclosed in public. However, the estimated net worth of his father Wayne is about $250 million.

Check out the video of Ty Gretzky and Alexa Lemieux's film movie in Hamilton.

Further, Wayne Gretzky is an entrepreneur and retired professional hockey player. He earned an additional $50 million from endorsements and $46 million in NHL salary. In addition to being a professional athlete, Wayne, in October 2020, coveted property for sale for $22.9 million.

Ty Gretzky walked down the aisle with his longtime girlfriend Sara Gretzky in Brooklyn on Feb 29, 2020.

Ty Gretzky and Sara Gretzky is the parent of a daughter whose details is not disclosed.