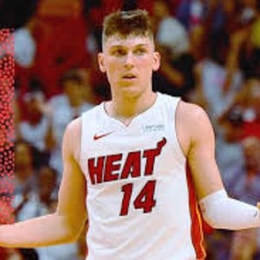 The NBA is certainly the biggest platform for every basketball player and to be playing at it is certainly a dream. Tyler Herro, a 20-year-old youngster is living the dream as a shooting guard for the three-time NBA champions, Miami Heat. In fact, he was the first round 13th overall pick in the 2019 NBA Draft.

For every basketball enthusiasts, the NBA is the bar set, not just because of the exposure it gets you, but also the financial perks. As he signed a deal with the Miami Heats in 2019 following his impressive college career, his income level is set to go up straight. As per the estimates, he currently gathers a whopping net worth of $1 million as of 2020. Considering his age of 20, the number is quite huge, and considering his potential; it will only rise in the days to come. 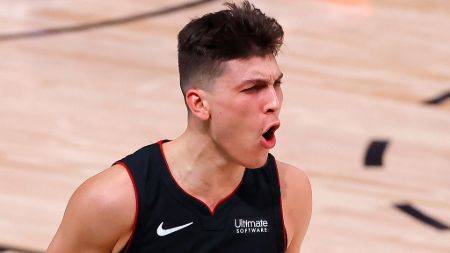 Tyler Herro was the round 1 pick of the Miami Heat in the 2019 draft. SOURCE: Sky Sports

Herro's bank account will see further movements in the days to come since he already signed a contract worth $3.6 million in 2020. As the clock keeps ticking and as long as he keeps on respecting the agreement, the income is just a matter of time. In his debut season only, he played in 55 matches where he started eight times. He made the headlines in game 4 of the 2020 NBA Eastern Conference Finals, scoring a career-high of 37 points. 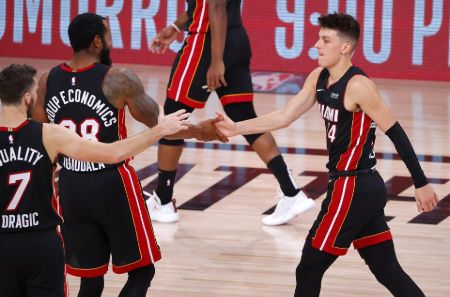 Herro's professional breakthrough happened when he started his college career. He played and started in Kentucky's all 37 games in the 2018-19 season as the pivotal factor of the team. Judging by the statistics of a 20-year-old, the athlete has shown promising signs so far with 13.5 points per game.

Ever since Tyler Herro made his debut and started impressing the fans around the world, he began facing difficulties in keeping his personal life under the radar. Therefore, there is no clue on whether the Miami sensation is currently dating a girlfriend or not.

As a mere teenager of 20, he is currently focused on his blooming basketball journey, but only time will tell if he makes a girlfriend or not. However, there are rumors of him being together with the fitness trainer, Katya Elise. They were spotted together during the support protest of Black Lives Matter and even flirting on Instagram. 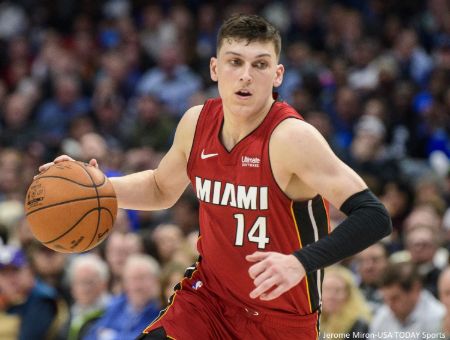 Herro isn't the only child of his parents, Jennifer and Christopher Herro. He shares his bloodline with two younger brothers named Austin Herro and Myles Herro.  He was born in Milwaukee, Wisconsin, where he spent his entire childhood. For his education, he went to Whitnall before going to college in Kentucky.