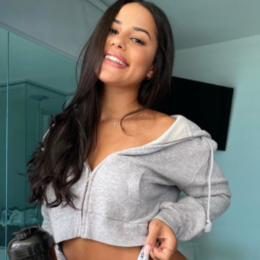 Katya Elise is a fitness model that runs widely famous health as well as fitness brand Workouts by Katya which offers workout plans, supplements, activewear, and more. The model who is purely vegan boasted over 7.5 million followers on Instagram.

Katya Elise Henry, the fitness model revealed in YouTube Q&A that she was made for dating women, saying that "you can't knock it until you try it". However, so far, she's only linked to men. 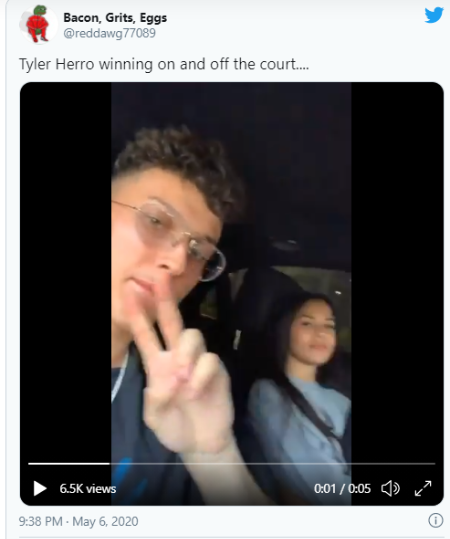 In the past year, she had a relationship with Lakers forward Kyle Kuzma in 2018. Unfortunately, they parted separate ways in 2019. Similarly in February 2020, the starlet shared she was enjoying being super single.

Though Katya confessed she's not talking to anybody and had been stress-free, she had a change of heart two weeks later. Katya hinted she is in a relationship with NBA star Tyler Herro on March 17, 2020 tweet.

In addition to that, when the Miami Heat Guard tweeted the model "wyd" Katya responded it with "quarantine n chill?" adding the smirking face emoji. Katya and Tyler Herro knew he and Katya has something in common as they have been enjoying quarantine together since March. 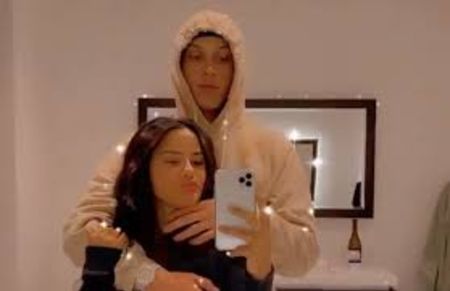 That's not all, the lovebirds were not only flirting with each other on Instagram but they were seen hanging out on a few occasions like when they protested together to support the Black Lives Matter movement.

Neither of the parties openly defined their relationship or clarified when it started, the flirty posts and cozy snapshots say it all. In fact, nobody else can forget the 26-year-old shared a cute video clip of the two cuddlings in front of the mirror.

Katya Elise Henry is the founder of a website, Workouts by Katya and has summoned over 7 million followers. Prior to gaining limelight on social media, she was doing a full-time nanny job. She runs a merch/bathing suit business "kissmypeachswimwear". 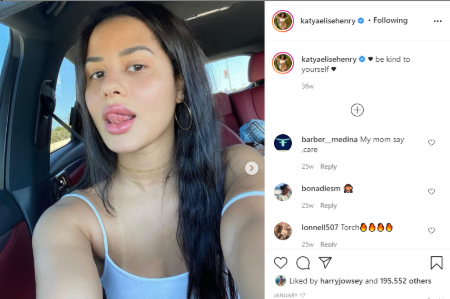 Tyler falls under the list of 8th best-paid players of Miami heats while Jimmy Butler and Goran Dragic are the first and second best-paid players with an annual salary of $32,742,000 and $19,217,900 respectively.

Katya Elise was born on June 14, 1994, in Minneapolis, MN, the U.S. under the birth sign Gemini. The 26-year-old holds an American nationality and belongs to mixed ethnicity.

As a child, Elise always dreamt of becoming a cheerleader. As she grew older, she wished to be the way she wanted to look.