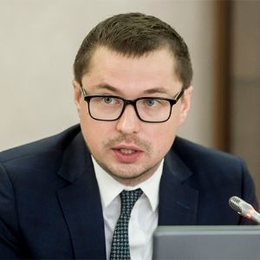 Russian entrepreneur Vasiliy Brovko establish himself as a businessman with successful ventures such as 'Sreda.org' and 'Apostol.' His successful track record helped him gained a position in one of the biggest conglomerates in Russia. Brovko's professional achievements are many, but they do not as much cover as his romantic life. His relationship with Russian Tv personality Tina Kandelaki always garnered headlines.

Vasiliy Brovko is currently leading a significant department in one of Russia's biggest state corporations. His strong decision-making skills have helped him to gain one of the most respectable positions in Russia.

Brovko does not limit his swift decision making in professional life but uses it in his personal life as well. The Zhukovskiy native recognized the love of his life in his early twenties early and even made her life partner. So, who is this lady who captured the young entrepreneur's heart? 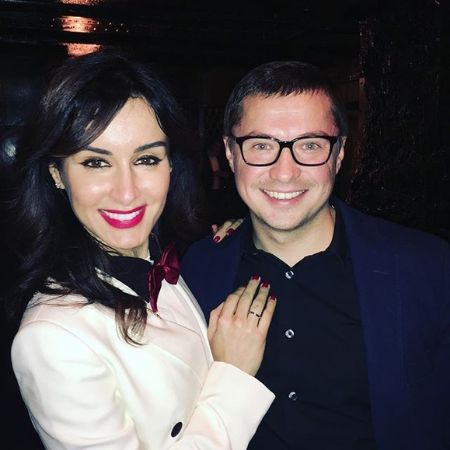 Vasiliy's love and better half are no other than TV Veteran Tina Kandelaki. Well, he first met the TV presenter, who is eleven years older than him in May 2008 in the business setting. While working together, he fell head over heels for her. However, the feelings were not mutual.

Kandelaki, at that time, was separated from her husband, Andrei Kondrakhin, but not officially divorced. Furthermore, she wanted to focus all her energy on her career rather than relationships. So, Tina rejected his advances.

The pair were yet to be romantic partners, but they were excellent work partners. The projects they were working on were a success, so they invested together in another business. After spending time along, the Journalist began to feel genuineness in his feelings. Soon, the pair started officially dating.

Soon the rumors about Brovko and Tina started. The speculations about their relationship even grew stronger when the Georgian born divorced her estranged spouse in 2010. 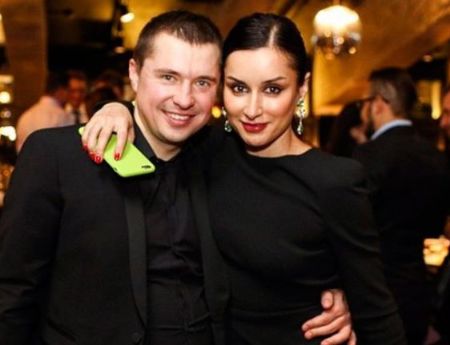 In the midst of media frenzy about Brovko and Kandelaki's affair, the lovebirds tied the knot in secret in 2014. Even after the wedding, the couple did not reveal their relationship status. The pair finally told their marital status when a news outlet broke the news of their marriage.

The couple is already on their fifth anniversary without any troubles. Tina was asked about the secret of her happy marriage. She stated that their love for food and eating helps them bound together.

Vasiliy Brovko Is A Parent

Vasily Brovko and Tina Kandelaki together do not share any children. After the revelation of marriage, news broke that his wife is pregnant with his child. However, it turned out to be just a rumor.

Brovko, however, is a step-father to Melania Kondrakhina and Leontiy Kondrakhin. These are kids born to his spouse and her ex-husband. 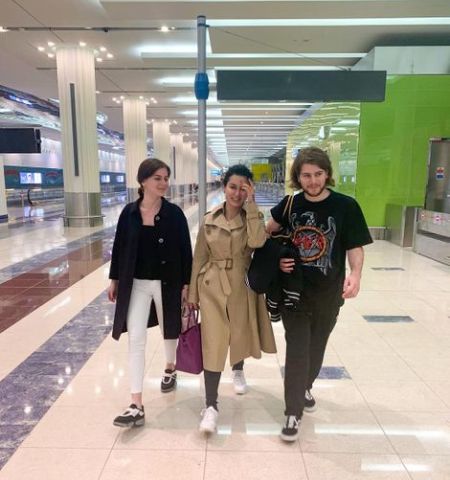 It seems like the relationship between Brovko and his step-children are amicable but not close. Based on social media pictures, they are rarely seen with him, but they regularly go on holiday with their mother.

Brovko joined the conglomerate Rostec (State Corporation for Assistance to Development, Production, and Export of Advanced Technology Industrial Product) in 2013 as Director for Communications, Analytics, and Strategic Research position. Just in three years, the 32-year-old was able to promote to Director for Special Commissions at the Rostec State Corporation. 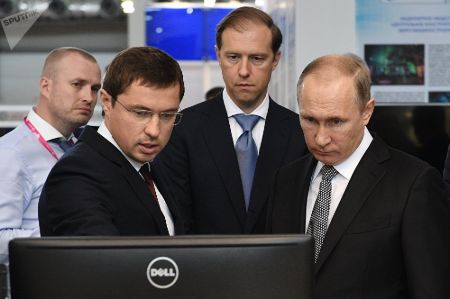 Rostec was founded in 2007 by the current President of Russia Vladimir Putin and is currently owned by Russia Federation. As of 2019, it has 14 holding companies and more than 453,000 employees. In 2017, it brought in total revenue of $27.2 billion.

Being part of such a big company has benefitted Brovko fiances. It is estimated he earns an annual average salary of $1 million.

In addition to being a high-salaried professional, Vasiliy is also an entrepreneur. As a young graduate, he created an Internet Youth magazine Sreda.org. Then, he founded Apostol Centre for Strategic Communications with his partner Tina. He, however, sold his shares of the company in 2013 to join Rostec.

Because of Brovko's various investments and earning, he is able to accumulate a considerable net-worth. He holds an overall net- worth of $3 million.

The multi-talented Tina Kandelaki holds an overall net worth of $2 million ( 132.7 million rubles). She earned this amount from her business ventures, hosting, and modeling.