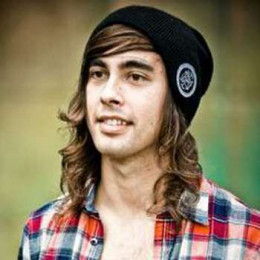 Victor Vincent "Vic" Fuentes is the lead singer and rhythm guitarist of post-hardcore band 'pierce the veil' and is well known for high vocal range. He also plays the keyboard on some 'Pierce The Veils' records. He is the son of mother Vivian K. Fuentes and father Victor Gamboa Fuentes a former Mexican jazz musician who works as a painter nowadays. He learnt playing guitar at the age of seven at Mission Bay High School. He plays in the band along with his brother Mike Fuentes. He never pursued college degree.

Although Vic is not married yet, he has dated plenty of girls. Vic is pretty secretive about his private time with girls. So all his fans are left with some pictures and clues only. So several hot girls were romantically linked to Fuentes based on similar rumors and couple of pics. Previously many girls came into his life but for very small span of time. He is currently dating Danielle Victoria who is the lead vocalist of the pop-punk band Tonight alive. To be in touch follow him @piercethevic on Twitter.