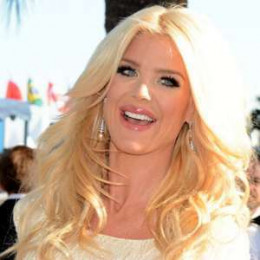 A Swedish model, actress, singer, and television personality, Victoria Silvstedt is currently single. She was previously married to actor Chris Wragge in 2000 but they separated in 2007. Her father was the captain of a local ski team. Victoria began alpine skiing at the age of five. She has starred in films and television series in various European countries, especially in Italy. Victoria has appeared as a leading actress in Italian films such as La mia vita a stelle e strisce and Un maresciallo in the gondola.

Victoria Silvstedt is rumoured to have hooked up with musician Richie Sambora in 1989. She dated very shortly to actor Marcus Schenkenberg in 2005. Victoria also dated very shortly to businessman Matteo Cambi in 2006. After break up with him she began to date drummer Tommy Lee in 2009 but she ended her relationship later. Victoria Silvstedt was previously married to anchor Chris Wragge in 2000 but they did not continue their marriage relationship and they separated in 2007.

Victoria Silvstedt was previously married to anchor Chris Wragge in 2000 but they did not continue their marriage relationship and they separated in 2007.