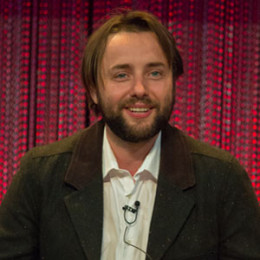 Screen Actors Guild Awards winning actor, Vincent Kartheiser is best known for playing Pete Campbell in 'Mad Men' and 'Connor' in the WB TV series 'Angel.' He made his screen debut with a small role in the 1993 film 'Untamed Heart', opposite Marisa Tomei and Christian Slater.

Vincent Kartheiser was born on 5th May 1979 in Minneapolis, Minnesota, United States.He is the son of Janet Marie Kartheiser, Minneapolis .who runs a nursery, and James Ralph Kartheiser, a construction equipment seller.

He is the youngest of six siblings including Andrea Kartheiser, Colette Kartheiser, Elise Kartheiser, Theresa Kartheiser, and Nathan Kartheiser. He holds American nationality with white ethnicity. He stands at the height of 5 feet and 11 inches.

Kartheiser graduated from the University of California – Los Angeles with a degree in History.

Kartheiser began his acting career at the 'Children's Theatre Company' in Minneapolis. He made his big-screen debut in 1993 with a small part in the Christian Slater-Marisa Tomei romance called 'Untamed Heart.'

Kartheiser's short film titled 'Fruit of Labor', made its Orange County debut at the Newport Beach Film Festival in April 2013.

Vincent starred in the mini-series called Saints & Strangers, a historical foray into the first year after the pilgrims came to the new America.

In 1998, Vincent Kartheiser was romantically linked with Rachael Leigh Cook, a co-star in The Hairy Bird. They continued their love life for four months and then separated.

He then started dating co-star of Mad Men Alexis Bledel in mid-2012.The couple met when they played lovers on the AMC hit show, Mad Men.They dated each other for about a year, and then they got engaged in 2013 and married in June 2014.

Vincent has a net worth of $5 million dollars.In May 2016, the couple sold their Brooklyn duplex penthouse for $1.32 million. He considers himself a minimalist.

The couple announced their engagement in March 2013 and married in California, in June 2014.They are blessed with one son.

Vincent Kartheiser and Alexis Bledel dated each other for about a year, and then they got engaged in 2013 and married in June 2014. In May 2016, her wife Bledel's gave birth to their first child, a son, in fall 2015.