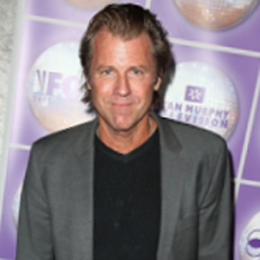 Vincent Van Patten, known as the son of the former legendary actor and businessman, Dick Van Patten, is also an actor and former professional tennis player. So far, he has appeared in dozens of series and movies. Besides being an actor, he is also the commentator for the World Poker Tour.

Vincent Van Patten was born to Dick Van Patten (former American actor and a businessman) and Pat Patten (a former June Taylor dancer) on 17th October 1957 in Bellerose, New York. He is an American by nationality and belongs to Dutch, English and Italian descent. Patten grew up along with his siblings James Van Patten and Nels Van Patten.

From a very early age, Vincent Van Patten engaged in the show business, encouraged by his father's agent. Before his family moved to Los Angeles from Long Island, as his father was cast in the TV series, Arnie, he appeared in more than thirty commercials, including Colgate toothpaste.

Being exposed to the razzle-dazzle of acting from a young age, Patten,  appeared as a child actor in several TV series including Bonanza, The High Chaparral, Medical Center, Wonder Women, and others throughout the 1970s.

He then shifted to movies, appearing on Charley and the Angel and Chino in 1973. Moving on, he featured back to back in several series including Hell Night, The Break, Yesterday, Camp Fear and so on.

Apart from acting, Vincent Patten is also a professional tennis player. He won the Association of Tennis Professionals (ATP) Rookie of the Year Award in 1979. Patten's career in tennis took off in 1981 after winning the Seiko World Super Tennis Tournament defeating John McEnroe.

The tournament win placed him in 26th position in the world tennis. From 1981-83, he competed in the US Open, Wimbledon, French Open. By 1986 he ranked 24th in the tennis world.

Vincent Van Patten learned poker from his father at the age of 14.  He won $27519 securing the 481st position in a pool of 7319 entrants at the 2010 World Series of Poker. After the win, he was named King of the Hollywood Home Games.

Later, he took on a job as a commentator on World Poker Tour which was broadcasted on Game Show Network which then moved to Fox Sports. He even wrote a novel related to poker, The Picasso Flop, along with his friend, Robert J Randisi.

Vincent Van Patten is married to American actress Eileen Davidson since 2003. The husband-wife duo met for the first time on the sets of 'The Young and the Restless' back in 2000 and tied the knot a few months after their dating. In May 2003, they welcomed their first child and named him Jesse.

Patten was previously married to Betsy Russell with whom he has two children; Richard and Vince. The couple divorced due to Patten's extramarital affairs.

Vincent Van Patten's current net worth is $2 million. The 60-year-old actor who stands at the height of 6 feet 1 inch (1.85m) has accumulated his wealth through acting, tennis career and his poker career. He owns a house in Malibu, California.

On 27 May 1989, Vincent Van Patten tied the knot with Betsy Russell but divorced after some years due to Patten's extramarital affair.

Vincent Van Patten got married for the second time on 15 April 2003 with American actress, Eileen Davidson. They have a baby together.

In 1993, Vincent Van Patten and actress Betsy Russell welcomed their first child and named him as Richard Van Patten.

On 20th May 2003, Eileen Davidson gave birth to her first child named, Jesse Thomas Van Patten, after a month of their marriage.