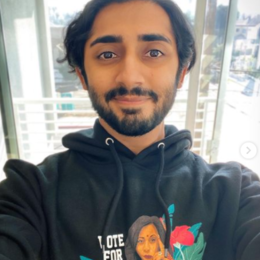 Vinny Chhibber is an Indian-American actor, writer, and storyteller famous for playing Liam on The Red Line and Rahul on Animal Kingdom. Vinny has been involved in creating acting and developing award-winning movies and television projects.

Vinny Chhibber is an exceptionally private person. The former child actor has not yet opened up if he has ever been married and had a wife. There is little information about Chhiber's past affairs with his former girlfriends. 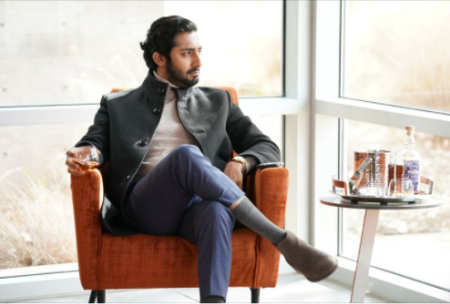 It seems like Chhibber prefers to maintain a good image in front of the public, media, and fans. To today date, Vinny has not been involved in any kinds of rumors, controversy, and scandals. 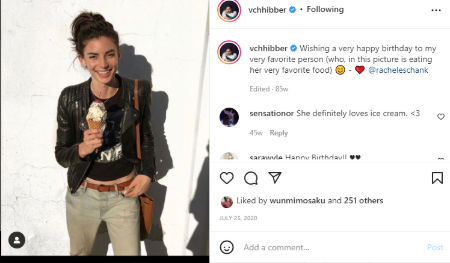 On 25th July 2020, Vinny wished a lady named "Rachel Eschank" a happy birthday with a sweet Instagram post. Chhibber captioned the post with, "Whisng you a happy birthday to my favorite person" and further added a heart emoji.

Vinny Chhibber makes a considerable amount from his successful career as an actor and receives a payroll of around $55,880 to $200,000 annually, the average income of an experienced actor in the United States. 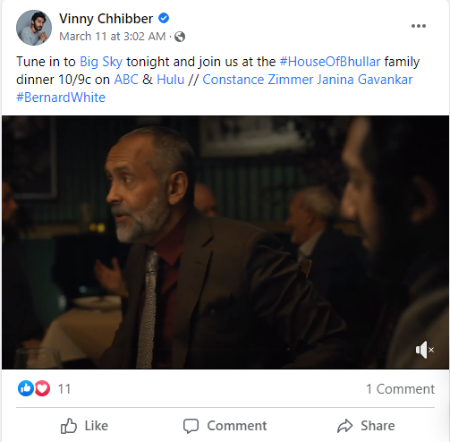 Vinny Chhibber stepped into the entertainment field at the age of fifteen. The Indian-American actor's recent project includes a Big Sky hit series "House of Bhullar." The television show airs on 10/9c on A.B.C. and Hulu network.

Chibber starred in the Ava Duverney & Greg Berlanti-produced movie The Red Line. In addition, he portrayed the character of Rahul on T.N.T.'s Animal Kingdom. His other notable credit includes Noah Baumbach's, Marriage Story.

At the height of his career, Chhibber appeared in C.B.S. hit show God Friended Me, and the C.W.'s No Tomorrow. Apart from movies and series, Vinny worked behind the scenes under Chhibber Mann Productions.

Vinny notably completed producing the documentary Lost in America with Rosario Dawson and Tiffany Haddish. The film premiered in November 2019 and explored the stories of homeless youth in the U.S. Vinny Chhiber also served in films such as Folk Hero Funny Guy and M.F.A.