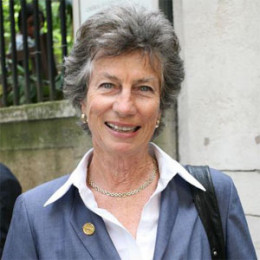 Sarah Virginia Wade, is a former professional tennis player. She won three Grand Slam Singles championships and all four Grand Slam tournaments. Virginia is the only women in the history to have won at all four Grand Slam tournaments. She was ranked in No.2 in the world in singles and No. 1 in the world in doubles. Virginia graduated from University of Sussex in mathematics and physics in 1966. Wade�s career in tennis started officially in 1968 when she won British hard Court Open at Bournemouth and later as a professional player when she won the women�s single championship at the first US Open.

Though she hasn’t shared much about her personal life in media it is known that she had never married and has no children. At the age when people thought about getting married and settling down with their lives, she prefers focusing on a making career that spanned more than two years.

Sarah Virginia Wade was born on July 10, in Bournemouth, England. She is the daughter of former Archdeacon Of Durban.

moved to South Africa with her parents at the age of one and moved back to England when she was 15. She learned to play tennis when she lived in South Africa.

Virgina attends the Tunbridge Wells Girls' Grammer School and later joined the Talbot Health School in Bournemouth. In 1961, she was selected in the tennis team of Wimbledon County Girls' Grammar School.

In 1966, she completed her graduation in mathematics and physics at the University of Sussex.

Wade began her tennis career in 1968, she scored two notable firsts. She succeeded to won British Hard Court Open at Bournemouth and after five months, she turned professional.

Over her career, she has won 55 professional singles championships and ranked in the world's top 10 continuously and from 1967 to 1979.

Virgina spent her 26 years for tennis career and get retired from singles competition in 1985 and then from doubles at the end of 1986.

Besides playing tennis, she has been a reporter on tennis events for the BBC. She was the first woman to be elected to the Wimbledon Committee in 1982.

Personal Life and no Husband

Wade is very dedicated to his tennis career and that might be the reason she never gets time for other stuff.

Wade has won staggering prize money from her career of  $1,542,278. Her net worth is in million of dollars but the exact figure is still unrevealed. However, she prefers to live a simple life and contributes her sum of amount in social work.