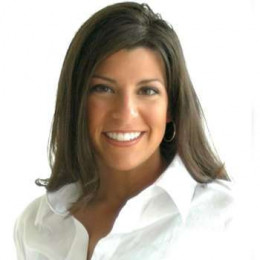 She is a reporter for Fox Sports 1's pre-race show, NASCAR RaceDay and also is a pit reporter for selected races on the Performance Racing Network. She has been featured in a segment of the show called "The Real Deal" where she goes one on one with a driver, crew chief or car owner. She is a 2000 graduate of the University of North Carolina at Chapel Hill.

Accounting her personal life, she is a married woman. Though details about her marriage is yet unknown to the media it is confirmed that she married her boyfriend and the two are together for a long time. Her husband is a Director of Engine Track Support for Joe Gibbs Racing's Sprint Cup and Xfinity teams. With her husband, she has raised an adorable son.

Wendy Venturini was born on 30 January 1979 in Chicago, Illinois.

She has an elder brother named Billy Venturini who is also a driver on the ARCA circuit.

Details about her current net worth and salary is still under review.

Venturini is married to Jarrad Egert. He is working as the Director of Engine Track Support for Joe Gibbs.

The couple welcomed their first child, a son named Caleb James on 22 December 2010.

Today, PRN’s @WendyVenturini was out running in Sonoma, CA and was stuck by a car. Her prognosis is good but will require a few nights stay in a local hospital. Please offer your thoughts and prayers, as we are, for a speedy recovery.

She suffered a head injury in June 2018 after being struck by a car while jogging. She was immediately admitted to Marin General Hospital.

He is the only beloved husband of Wendy, who serves as the Director of Engine Track Support for Joe Gibbs Racing's Sprint Cup and Xfinity teams.

He is the only child born to Wendy, who these days is busy with his school schedule.