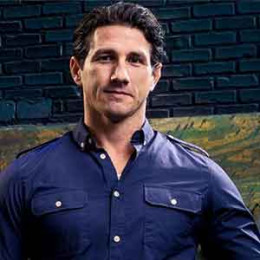 Born and raised in a military family, Wil Willis is always inspired by the arm forces which led him to pursue his career in the military but soon he opted to an entertainment field. He started TV hosting since 2009 with a show named “ Special Ops Misson” in Military Channel. Later, he hosted the show named Triggers: Weapons that Changed the World.” As of now, Willis is associated with the show, “Forged in Fire.”

Early Life and Career of Will Willis

WillWill was born on February 13, 1975, in the USA in a military family. His birth sign is Aquarius. He lived on military bases until his father's retirement in 1991.

Willis moved to different states because of his father job. He graduated from Northern California in 1993, then he joined the military where he served as the Army's 3rd Ranger Battalion on active duty from 1993 to 1998.

Later he became the Air Force Pararescueman in active duty where he served for nine years till March 2007. 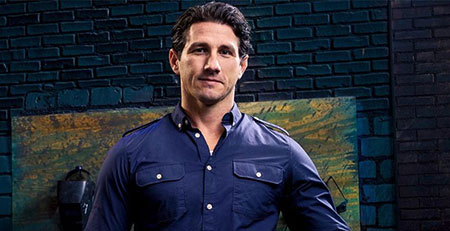 Willis also performed reserve duty from August 2007 to August 2008 with the Air Force. In 2009, he officially left the military and started enrolling in TV hosting.

He debuted in TV in Special Ops Misson in Military Channel. The show is quite popular among audiences which helped him to gain public attention.

When forging blades, trust only the toughest tools to get the job done, sponsored by @CitizenWatchesUS pic.twitter.com/IPqzQBm0bD

In 2011, Willis hosted the show named Triggers: Weapons That Changed the World in American Heroes. Since 2015, he is associated with the game show, Forged in Fire.

Will Willis' Net Worth

Will Willis is best known for hosting Forged in Fire. He earned nearly $87,732 as an Air Force Pararescueman. Similarly, he earned $90k while working with the Air Force on reserve duty.

As of now, he is serving TV host and he collected $80-$100k per episode from Forged in Fire. Believing some online sources, he has an estimated net worth of $1 million.

Will Willis is happily married to his longtime Girlfriend, Krystal Amina (Kilo Whiskey) who is a writer, artist, and Illustrator from Brooklyn.

The duo exchanged a vow in October 2017 at an intimate ceremony in the presence of their closed ones and family members at the breathtaking 1909 in Topanga, California. The couple engaged in March 2017.

You know why I’m a lil late with the post but Happy 1st Anniversary @_kilowhiskey_ What a wild ass ride its been so far!! Ride & Die Baby!

The pair is together for a quite long time and shares a healthy relationship with one another.

Willis is quite active on Instagram with more than 41.6k followers as of 2019. He often shares cute PDA with his wife on Instagram.

Below we present the video of Will Willis:

In August 2018, he posted a family portrait with his lovely wife and two men whom he mentioned his sons.

Well, the four people in the image above look like a perfect family. Apart, the star is not so active on social media.