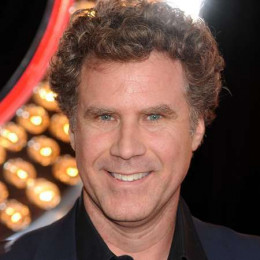 Facts of Will Ferrell

Relationship short Statistics of Will Ferrell

John William "Will" Ferrell is commonly known as Will Ferrell. He is one of the unforgettable names when it comes to comic genre. He is well appreciated for his acting,and along with that, he has established himself as a talented producer and writer. His acting career throttled from the mid-1990s.

Will Ferrell Net Worth and Career

Will Ferrell holds an astonishing net worth of $100 million.

Will Ferrell had a brief association with Baseball too. It was for the promotion of Funny or Die comedy special and he played 5 games of MLB spring training. He follows sports regularly. He is believed to be a fan of USC Trojan football. He is well praised for his fundraising marathon walks and charity participation.

Will Ferrell was born as John William Ferrell on July 16, 1967, on Irvine, California, U.S. She graduated from the University of Southern California in BA.

He started his screen career from the NBC sketch comedy show Saturday Night Live. He has won many prestigious awards for his work and has also received a star on the Hollywood Walk of Fame on March 26, 2015.

Viveca Paulin is a Swedish actress. Paulin and Ferrell dated for some years and ended up getting married in 2000. They met each other in 1995 in an acting class. The couple has three sons.

Magnus is the eldest son to Will and Viveca. He has grown up responsible and takes good care of his younger brothers.

Mattias is the second son to Will and Viveca. He is a happy and active child and is dear to his parents. He is talented too.

Axel is the youngest in the Ferrell family. He is the third son to celebrity duo Will Ferrell and Viveca Paulin. He is loved by all and is the dearest one in the family.