Holywood Actor Will Ferrell's Married Relationship With Wife Viveca Paulin; They Share Three Children; How Is Their Marriage Life Going? 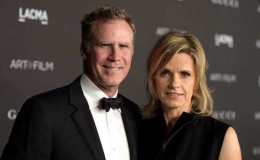 The actor who is known for his fabulous acting and a tremendous sense of humor, Will Ferrell is likely to be one of the best, comedic actors in the Hollywood industry who is loved by many around the globe for his talent.

Will Ferrell has been married to Viveca Paulin for a long time now and well managed his personal as well as professional life in a well-order. Let's know some things about the actor's personal life so far.

John Willian Ferrell, an American actor, comedian, producer, and writer is best known for his famous movies like Anchorman, Step Brothers, and several others. 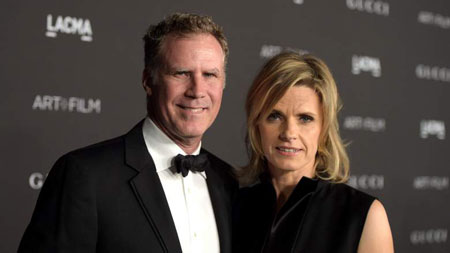 Will with his wife Viveca on the red carpet
Source: Heavy

The actor has been married for a long time now with Swedish actress Viveca Paulin whom he met in 1995 at an acting class. The couple got married on August 2000. Speaking to Will about how he proposed then-girlfriend, he said,

“I took her to this beach where we had had one of our first dates. She wanted none of it. She was like, ‘The beach is creepy at night.’ I was like, ‘Shut up, this is supposed to be really romantic.’" 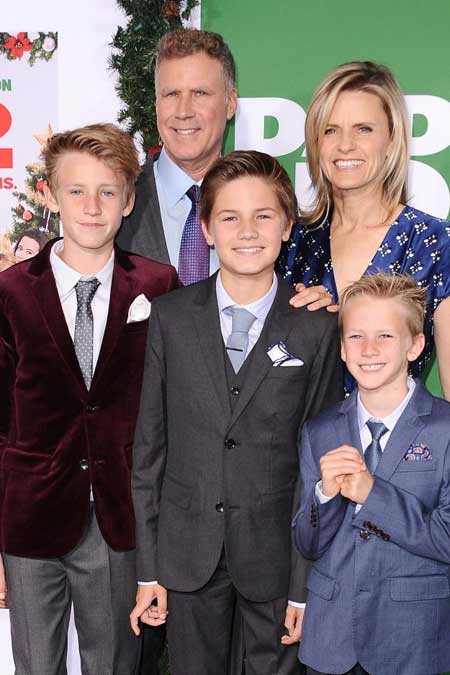 Will with his beautiful family
Source: OK

Everyone would want to have some fun apart from working on a daily basis. The family was recently spotted at the LAX airport getting away from their hectic life and enjoying a fun time in Los Angeles. 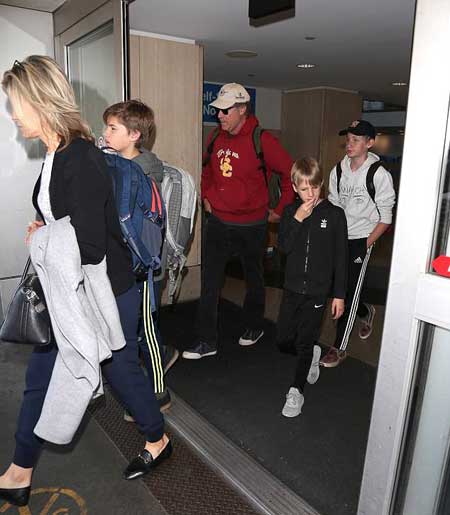 Will went on vacation with his family recently
Source: DailyMail

Looks like the key to his long-term marriage is that he is so in love with his family. Well, the actor seemed to be enjoying his days with his beautiful family so far managing time from his hectic professional life.

The 52-year-old American actor and Swedish actress Viveca Paulin are united as a life partner for nearly two decades now. The family of five currently lives in New York City and Orange County.

No doubt the couple will definitely be together till the end!

Ferrell attempted to be a comedian but had a little success at first. He joined the comedian group The Groundlings and used to impersonate a lot of celebrities. He then with his fellow members of The Groundlings including Chris Kattan, created the Butabi Brothers who go out to clubs and try to pick up women but get rejected regularly.

Will then got a job at an auction house via his friend which made Will easy to audition and do rehearsals for his career while being employed. He got small roles in the TV series, Grace Under Fire and Living Single and a low-budget film, A Bucket of Blood and some of the commercials as well.

When SNL needed a new cast, a producer saw The Groundlings, he asked the members to audition for it. Soon the actor was selected and he joined SNL in 1995. 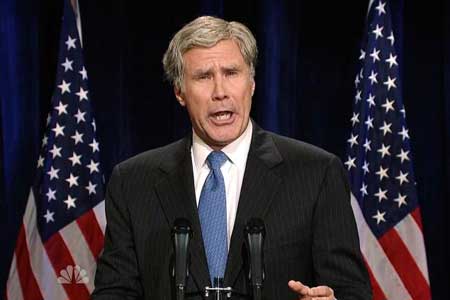 He made a good name for himself from the show SNL and appeared in several movies at the time including, Austin Powers, Superstar, The Ladies Man, Zoolander, and several other movies. 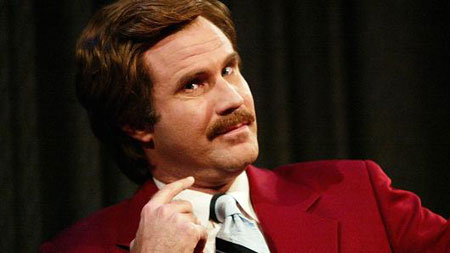 Will from the movie Anchorman
Source: CBNC

His first appearance after the show SNL was in Old School. Ferrell did a great job in the movie with his hilarious act which got positive feedback and even received a nomination for MTV Movie Awards for Best Comedic Performance which was a major break for Ferrell.

Since then, the actor has starred in several movies with his hilarious performance and has become one of the most loved actors in the Hollywood Industry and has won several awards for his talent.

Some interesting facts of Will Ferrell 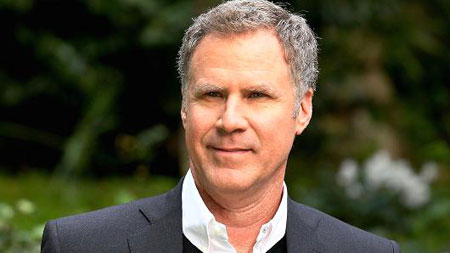 Stay tuned to Marriedwiki for interesting Gossips and Entertainment!!!