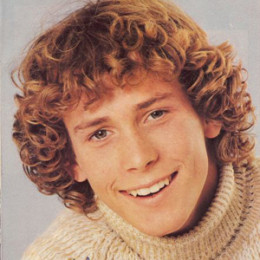 An American actor, television producer, film and television director, and screenwriter who is popular for his role as Buddy Lembeck on the 80's television series, Charles in Charge and Tommy Bradford on Eight Is Enough. He completed his high school from Edison High School in Huntington Beach. In 1960 he started his career as a child actor and appeared in shows popular such as Adam-12, Gunsmoke and The Wonderful World of Disney. In 1971 he got his lead role as Leonard Unger on ABC-TV series The Odd Couple. He has made guest appearance in several shows like The Waltons, miniseries Benjamin Franklin and Swiss Family Robinson. He was also host of TV game show, The Krypton Factor.

Talking about his married life, his married life has not been successful as his career. He has been married three times. He has got one children from first marriage and one children from second marriage. Third time he got married to his girlfriend after dating for a long time and the couple seems to be maintaining a very good marital relationship with each other so, there is not anything like divorce in between them. And, yes, he is not a gay.

She is his first wife. After five years of marriage they got divorced. Together the couple were parents of one child.

They first met each other on the set of "Rock Road" a cable sitcom. Together they are parents of one child. They have already divorced.

She is his third wife. Till now she has not given birth to any child. Together they seem to be very happy with each other.

He is his first child from the first marriage. He resembles more like is father.

She is his second child from second marriage. She is very gorgeous.