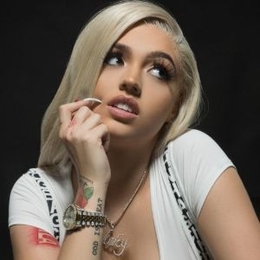 People these days don't have to struggle hard to become famous. Believe it or not, these days, many youngsters are gaining popularity because of their social media. Indeed, Victoria Rose Waldrip (commonly known as Woah Vicky) became famous through the online profile only.

Woah Vicky is currently enjoying her single life on her own company. Overlooking at her social media presence such as Instagram calibrates Vicky's relationship status as single. Woah often uploads photos and videos with many media personalities.

From those posts, it can be clearly assumed that she is single right now. Maybe, in upcoming days she will meet the love of her life. Hence, we will be publishing the facts as soon as she is committed to someone. 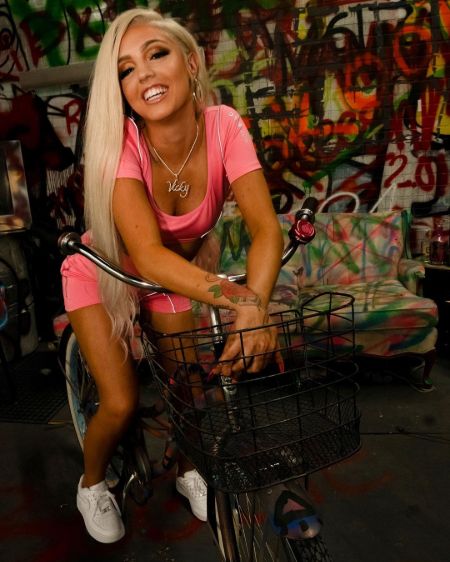 Woah Vicky is single as of now. SOURCE: @imwoahvicky Instagram

Who was Waldrip Previously Committed to?

The 20 years old star was in a open relationship with Papi JJ in 2017. Their relationship came to the spotlight because the couple were quite adventurous and used to post intriguing content together. 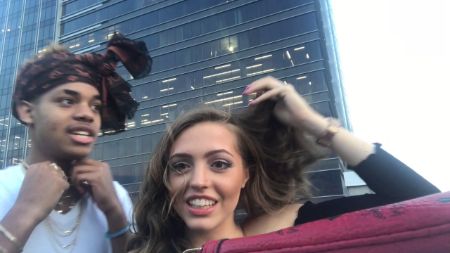 Victoria with her ex-boyfriend Papa JJ. SOURCE: YouTube
As a matter of fact, they have done many horrible things together. Furthermore, the former couple were even indulged together in several scandals. For instance, both the partner in crimes, Papi and Woah had been arrested for kicking and behaving aggressively with a police officer in Greensboro Mall, North Carolina, on February 24, 2018.
After the incident, the ex-partners were famous all over. As well many of their friends posted videos and commented in support of them with the hashtag #freejjNvicky.
Once Victoria even pranked him of her being pregnant, which went horribly wrong.
Everything was going right, but after Vicky caught JJ cheating on her, Papi and Waldrip spit-up in 2018. For this purpose, Vicky uploaded videos accusing him inappropriately, however, JJ denied all her accusation to him.

The social media personality was in a brawl with her 'bestie' rapper Danielle Bregoli for a long time. Actually, they had also fought in Los Angeles in April 2018. Moreover, 20 years old, Vicky, and 16 years old Bhabie came to many controversies beforehand. 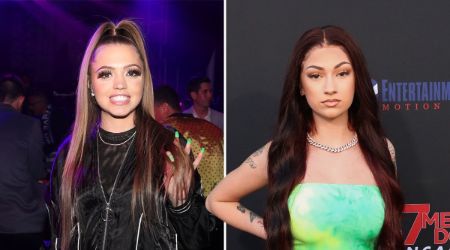 Waldrip and Bregoli intimate catfight. SOURCE: Metro UK
As a matter of fact, the rough hair pulling and punching catfight of young girls occurred in an Atlanta recording studio published by Dailymail UK on October 30, 2019. The 16 years old later claimed she won the fight as she was able to hit her more. Despite the video, it is seen that Vicky is on top of her.

Victoria Claims Herself a Transracial

The 5 feet 4-inch tall regards herself as a transracial person. Waldrip said she is of the black race and also made a DNA test to prove. By the evidence, it has been revealed that she is 25% black. Indeed, she follows the black community people's lifestyle. Enormously, on social media, she has used the N-word, which grew many controversies regarding white and black ethnicity.
For more Stories, Biographies, News, and Relationships, timely checkout marriedwiki.com