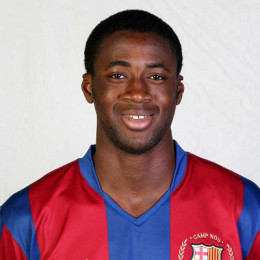 A versatile,energetic and enthusiastic professional Ivorian footballer who plays for the Ivory Coast national team and for the renowned club Manchester City as a mid-fielder. From his childhood he was attracted towards football. At the age thirteen he began his youth football career with ASEC Mimosas. Beside playing football he is also the goodwill ambassador for the United Nations Environment Programme.

Regarding his marital status, he is already married to his longtime girlfriend. Till now there is no news of any divorce and extramarital affair from both sides from which we can consider that they are they are leading a very happy married life. He practices Muslim religion and is a very religious man with a high belief in his religion. Though there is a rumor that he has become a father of two children, he has not disclosed the news in-front of media and kept it confidential.

Yaya Toure was born on 13 May 1983 in Bouake, Ivory Coast to Mory Toure. His birth sign is Taurus.

The Ivorian professional footballer has two brothers Kolo Toure and Ibrahim Toure and a sister Aicha Toure. Following the footsteps of his elder brother Kolo, he became a distinct player for the youth team of the Abidjan-based ASEC Mimosas.

Toure attended the ASEC Mimosas youth academy in 1996 and moved to Beveren in 2001. He became one of 14 Ivorians in the Beveren squad by 2003.

Beginning his European career in 2001 at K.S.K. Beveren, he moved to Ukraine's FC Metalurh Donetsk in 2003. By 2005, he became an important part of Olympiacos. His performance attracted many as he helped Olympiacos win the league title and Greek Cup.

He signed a contract with French Ligue 1 side Monaco in August 2006. As he couldn't maintain a good relationship with the incumbent manager, Laszlo Boloni, he decided to leave the club and join Barcelona in 2007.

Toure, 35, joined Barcelona and made his official debut for the club on 26th August 2007 against Racing de Santander.

He scored his first official goal for Barcelona against Atletic Bilbao in September 2007 with a 3-1 win in a La Liga match. He played in the UEFA Champions League for Barcelona in the 2007-08s quarter-finals against Schalke 04.

By 2010, Barca confirmed that Toure could leave the club.

Toure signed a five-year contract with Manchester City on 2 July 2010. He made his debut performance in a pre-season friendly match against Club America with a 4-1 win. He assisted an Edin Dzeko goal in the UEFA Champions League match against Real Madrid.

After a come back from the 2013 Africa Cup of Nations, he scored the opening goal beating Chelsa in 2-0 win in the Premier League. 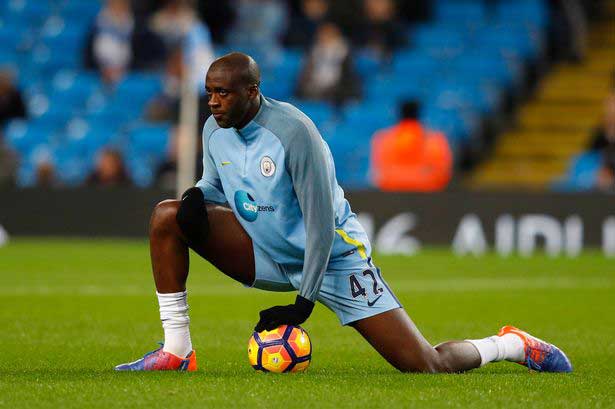 Yaya Toure warming up before the game, Source: Mirror

He renewed his contract with City keeping him playing until 2017. He was declared the 'Man of the Match in April 2013 as he again beat Chelsea in the semi-final of FA Cup.

Two brothers Yaya and Kolo from Liverpool faced each other for the first time in the Premier League in March 2015.

He was named 'Ivory Coast Player of the Year in 2009. He became African Footballer of the Year for four years in a row since 2011.

Toure was named as one of the six players for the PFA Players' Player of the Year award on 18 April 2014. By 27 April, he was named in the PFA Team of the Year.

He received the 2014 MTV Africa Music Awards nominations in the category of Personality of the Year. The same year he was nominated for Prize in Entertainment at The Future Africa Awards.

Three years later, he joined Premier League club Manchester City with a five-year deal of around £24 million. He signed a new contract of a one-year extension with City in 2017 but the signing amount wasn't revealed in media.

Toure is renting a £4million property next to United captain Wayne Rooney in the Chesire village of Prestbury. They have a combines weekly salaries of around  £500,000.

Toure is a proud Muslim. He became a goodwill ambassador for the United Nations Environment Programme in October 2013.

He is a married man. He's living a happy married life with Gineba Toure since 2004. The couple is blessed with three sons including one named Dimitri Toure. 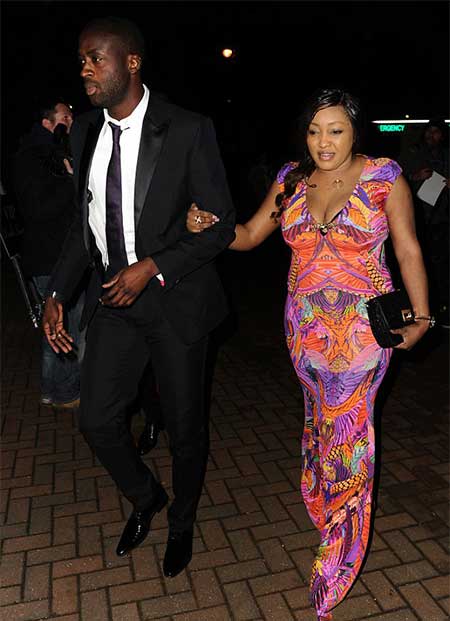 Toure and his elder brother were teammates at Beveren, Manchester City, and the Ivorian national team. Their younger brother Ibrahim Toure was also a keen football player.

She is very cute and gorgeous. Her picture along with Toure can be found in internet.