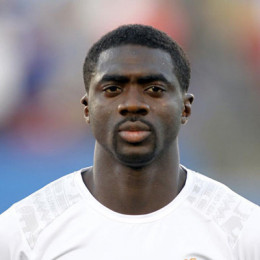 Kolo Abib Toure is an Ivorian professional football player. Currently, he plays for Ivory Coast national team and also for Liverpool. He had also played for Arsenal and Manchester City. He plays as right back as well as midfielder. In 1994 he had started his youth career from ASEC Mimosas. He had made his debut in 2002 from the English Premier League Club Arsenal. Initially he used to play as a utility player.

Toure is married to Awo Toure since 2012. He had a two-year long extramarital affair with a 22-year-old girl named Francois.

He is the elder brother of Ibrahim Toure and Manchester City's Yaya Toure. Ibrahim died of cancer in 2014.

He made his international debut in football career in 2000 for Ivory Coast against Rwanda. In 2006 FIFA World Cup he had been named in the 23-man squad by Coach Henri Michel which was also his first FIFA World Cup.

He has married to his long time girlfriend Chimene Akassou in 2012. He had date her for nine years before marrying.

He has married to his long time girlfriend Chimene Akassou in 2012. He had date her for nine years before marrying.

He has two children from his wife. His one child is son and his name is Yassine.

His another child is daughter. She is also from his wife. Her name is Sania.