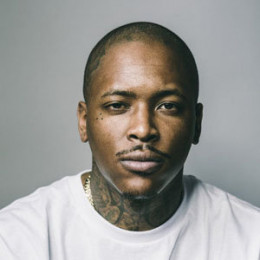 An American rapper and actor, YG released his debut single, "Toot It and Boot It" in 2009, which peaked at number 67 on the Billboard Hot 100. YG released the second single, titled "I Want a Benz" featuring rappers Nipsey Hussle and 50 Cent in 2015. He then released the singles "Left, Right" and "Who Do You Love?" featuring Drake, leading up to the release of his debut studio album.

YG was born on 9th March 1990 in Compton, California. He was named Keenon Daequan Ray Jackson which he later changed to his stage name - YG. There is no information about his education status.

YG released his debut single Toot It and Boot It in 2009, featuring Ty Dolla Sign, which peaked at number 67 on the Billboard Hot 100. The single's success helped him sign to Def Jam Recordings. In the following years, YG released mixtapes such as The Real 4Fingaz, Just Re'd Up, Just Re'd Up 2, 4 Hunnid Degreez, and many others.

YG is reportedly single. He was previously in a relationship with a lady named Catelyn. His ex-girlfriend reportedly bashed him on Instagram. However, she later claimed that she was hacked, but the hacker did give the public the information that she is pregnant and YG is the father.

The couple had dated for a couple of years, but infidelity arose when Catelyn cheated on him. Shocked by the news of his ex-girlfriend is pregnant, he even suggested abortion. YG asked her for a blood test to confirm if he's the real father.

The ex-couple has a daughter together who was born in 2015. According to a source, she separated from him in 2014 while she was still pregnant.

His ex-girlfriend claimed that he gave her herpes and tried to pay her off. Check out the video:

YG has been at the center of shooting incidents. On January 25, 2012, shots were fired during the filming of YG's music video I'm a Thug. The police shut down and closed the set. On June 12, 2015, YG was shot one time that created three separate wounds in the hip at a recording studio in Studio City, California.

YG's net worth is estimated to be $11 million. His source of income includes his salary and earnings from his music career. In 2013, the rapper released his most successful single, My Nigga feat, Jeezy and Rich Homie Quan. This track went platinum three times in the United States, helping him earn $6.5 million from his music by the end of 2012.