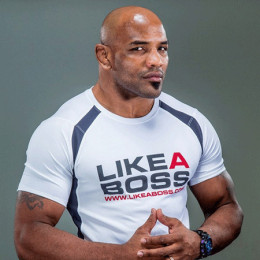 A Cuban popular mixed martial artist who is Olympic silver medalist and former World Champion in freestyle wrestling. From his young age he was fascinated in wrestling and he used to play with his brother Pablo Hernández who is also Cruiser weight Champion in professional boxing. Since he was great in wrestling he thought to continue it as his career. So, in 2000 he went to Summer Olympics and won silver medal for his home country. He has also represented his home country in FILA Wrestling World Championship. After he won the Grand Prix of Germany in the summer of 2007 he is currently staying in Germany and is pursuing his career in MMA.

He was involved in controversy due to his post-fight interview after his victory over Lyoto Machida at UFC Fight Night where he expressed his disagreement for Obergefell v. Hodges supreme court ruling decision. Viewing his personal life he has not disclosed any information regarding his relationship with anyone. It seems like he is still single and he is really busy in pursuing his career in wrestling.