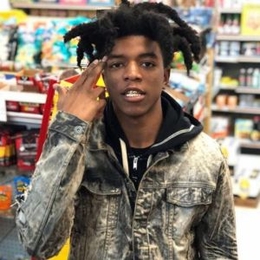 American rapper, Yungeen Ace is a fan favorite singer who is known for his songs like 'Creep Behind', 'Hold Me Down', 'All In', and 'Society'. He is also popular as a member of the music group 'Youngeen gang'. His song 'All In' was featured on 'World Star Hip Hop's YouTube channel' as exclusive content.

Yungeen Ace Is Dating a Girlfriend?

Yungeen Ace is dating a girl named Chloe. The duo is together for over three years and shares a strong bonding. Moreover, the Florida-born rapper and his girlfriend are quite open about their relationship.

The lovebirds even own an Instagram account titled 'Ace and Chloe' where they many posts together. Yungeen is deeply in love with his sweetheart as much as his career.

The singer hasn't shared a picture of Chloe on his newsfeed but collected a number of snaps on Instagram highlights. Most notably, Florida-born rapper released his office music video " Mountains" on August 2, 2019, featuring his darling, Chloe Glass.

Amid an interview with No Jumper on October 9, 2019, the rapper disclosed how he feels about his beloved, Chloe. Yungeen said, he found her beautiful then, now and forever.

Ace is very protective when it comes to talking about his girlfriend and sharing moments with her socials cause he cannot trust anyone.  Yungeen, as well as Chloe, don't want to become part of any kind of controversies. 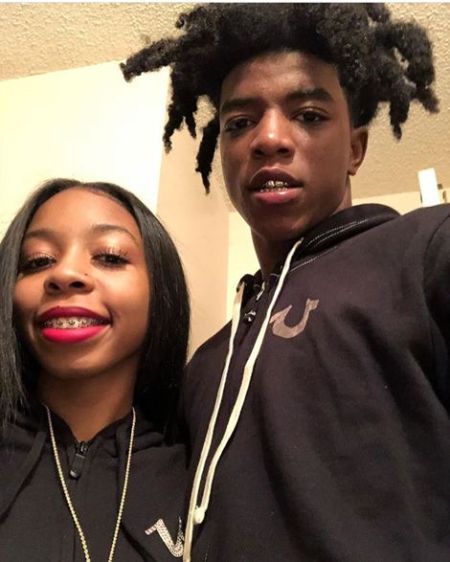 The pair kindled their romance in January of 2016 after meeting a couple of times. Besides, it is a mystery about the fact that how and where they met. Further, take a look at the Post Chloe shared in January of 2019 wishing Ace three years of dating relations.

Happy 3 Year Anniversary, I love you so much. Your really all I can ask for . Not only are you my boyfriend you are my bestest friend. I can talk to you about anything and everything. It’s so exciting seeing our relationship mature every day . I’ve seen you grow into a grown man literally 10-20 . Bae im so proud of you in so many ways you inspire me to do so much . Thank you for still being here no matter what . Relationships only last if you allow each other to make mistakes and grow from them . @yungeenace

Kenyata Bullard, as well as his partner, is deeply in love and is often spotted together on PDA. Here take a look at the post-Chole shared on her Instagram with Ace on Valentines' day of 2019.

I Just Wanna Hold You All Night Long , Whenever I’m Around You Nothings Wrong . 😘 btw these are from Valentine’s Day

But, of course, Ace has no intention to get hitched and settle down since it might be too fast for him. So, Ace might be waiting for the right time to propose to his girlfriend. So, in the meantime, Ace and Chloe are happy to be enjoying their young romance while making silly videos.

Ace is out of any media controversies, besides, he was once a topic for every media channel when he shared that he was shot eight times in a drive-by shooting in 2018. Further, he also shared that, his brother and two close friends died in the incident and he also wasn't able to move in the accident. What's more, he was immediately sent to the hospital and was able to overcome that much physical destruction.

What is the Net Worth of Yungeen Ace? Know about his Earnings, Salary

Yungeen Ace holds a net worth of $5 million, he garnered that fortune with his career as a rapper. In addition, the average salary of a rapper is $62,142 annually.

Except for that, some famous rappers like Lil Uzi Vert and YoungBoy Never hold a net worth of $17 million and $700,000 respectively.

Ace started to release his tracks on Soundcloud in March of 2018. His initial release was titled "No Witness". Later then, he followed the track up a few weeks with his widely popular "All in". Likewise, his first song was No Witness after which he released All In a few weeks later.

Until now, he released over 25 songs which include songs like Creep Behind, Fuck That, All In, and Opps. Additionally, he is also a member of the Youngeen gang and is represented by Cinematic Music Group. His recent song, Walk Away, has also been doing good since its release.

Kenyata Bullar aka Yungeen Ace was born on May 4, 1998, in Jacksonville, Florida, the United States as Keyanta Bullard. He holds an American nationality and belongs to the Taurus star sign. Bullar is currently 21 years of age. 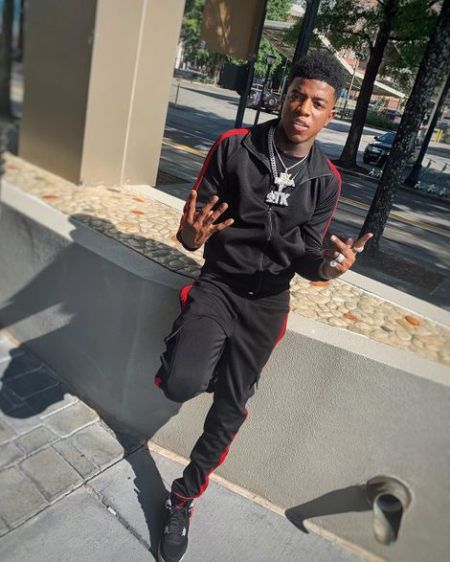 The popular song 'All In' rapper Yungeen Ace.

Kenyata was brought up by his parents in Florida along with his brother. He is also active on Twitter where he gathered over 81.6k+ followers as of 2019. Ace stands at a height of 5 feet and 10 inches with a pair of brown eyes and black hair.