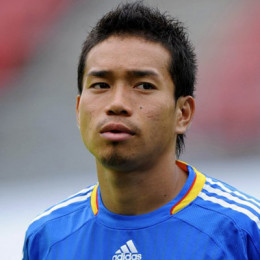 Yuto Nagatomo is a professional Japanese football player who plays for Internazionale, a Serie A club and Japanese national football team as a defender. Since he was in Kinder garden, he started playing soccer but was only recognized after 20. He debuted from the national team on 24 May 2008 in a friendly match against Ivory Coast. When he was small kid, his parents got divorced and was raised only by his mother. He was part of the national team that won AFC Asian Cup in 2011 and became Asian International player of the year in 2013.

Talking to his personal life, he has not shared that much of his details to the media. His romantic life has not been so public yet but there are rumors of him dating a Japanese beauty. They were often spotted together and it's just a guess by the people around. He married Japanese actress Airi Taira. The couple who disclosed their engagement in 2016, registered their marriage in January 2017.

Japanese professional footballer Yuto Nagatomo was born on 12 September 1986 in Saijo, Ehime, Japan. His birth sign is Virgo. He was raised by his mother Rie Nagatomo.

He initiated his youth career in the early 2000s. He attended Higashi Fukuoka High School. In 2004, he studied at Meiji University.

He started his official career in 2008 with FC Tokyo. Two years later, he signed a deal with A.C. Cesena on loan. He was later sold to Internazionale.

After giving his best for both Cesena and Japan in the 2011 Asian Cup, he signed with Internazionale in 2011 becoming the first East Asian player to be the part of the club.

He made a debut performance against Roma with a 5.-3 win replacing Wesley Sneijder in February 2011. He scored his first goal for Inter in the 5-2 trashing of Genoa on a Khaja assist. 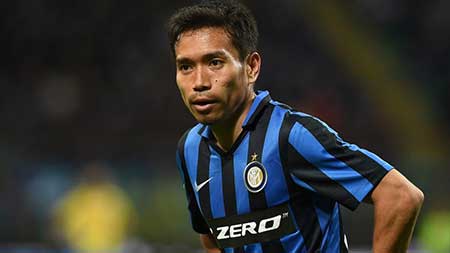 Making Yuto permanent, he was valued at €10.95 million. Further, he improved his performance at the start of the 2017-18 season under Luciano Spalletti, the new manager.

He earned his first cap for the international game on 24 May 2008 during a friendly match against Ivory Coast. He also represented the country in the 2008 Summer Olympics being the member of Japan U-21 team.

He played in the 2010 FIFA World Cup. He was one of the members in Japan squad for the 2011 AFC Asian Cup. He gained international honor defeating Australia during the game.

He was selected in 23-man Japan squad for the 2013 FIFA Confederations Cup. In addition, he was also selected in Japan's national squad playing in the 2014 World Cup in Brazil.

The net worth and current salary of Nagatomo is still under review. He has not revealed detailed information about his house, cars and other properties.

Despite all, his personal life is very clear among us. Details about his dealing with the clubs is not disclosed yet.

Nagatomo, 31, is living a happy married life with Japanese actress Airi Taira. The couple who announced their engagement in 2016 and registered their marriage in January 2017. 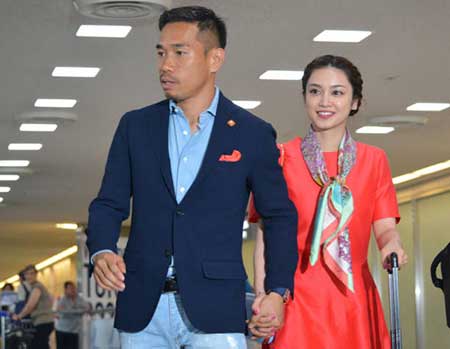 Yuto proposed Tiara at the San Siro Stadium in February 2016 after dating for four years.

The couple is blessed with a baby boy. The couple who is active on social media is yet to disclose the name of the baby boy.