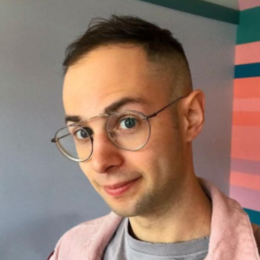 Zach Kornfeld is a screenwriter, producer, and director known for co-creating and appearing in The Try Guys. Kornfeld has over 3 billion views on the Youtube channel. People also recognize him as the award-winning podcast host and production company owner.

Zach Kornfeld is happily engaged to his girlfriend of two years, Maggie Bustamante. Kornfeld proposed his lady love by getting down on one knee on August 31, 2020. On September 1, Zach announced he's engaged to Maggie in the podcast of the Try Wives. 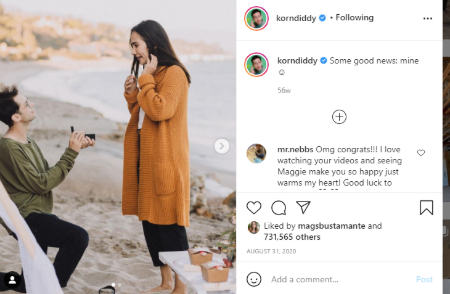 Surprisingly enough, Kornfeld kept his relationship status low-key until 2018. However, the YouTube star made his debut on Maggie's Instagram in October 2016. Also, in 2017 Halloween, the pair dressed up as kuzko and Yzma from The Emperor's New Groove on Instagram post.

In 2018, Zach introduced his sweetheart to millions of fans. Before confirming their relationship with the world, Kornfeld always came out as a single man on Try Guys videos. At the moment, Zach is co-parenting an Australian Shepherd Bowie with fiance Maggie Bustamante. 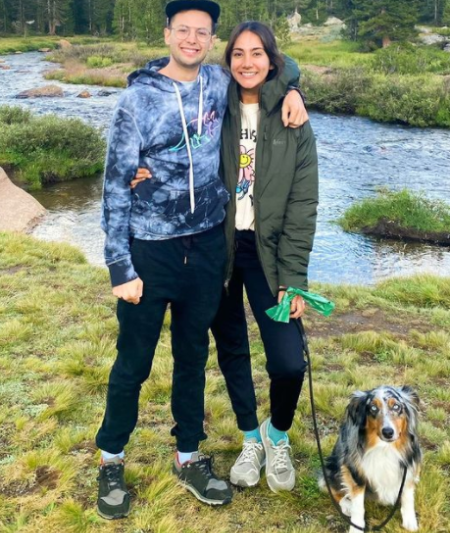 Moreover, Zach and Maggie have been living together for over four years. Till today's date, they haven't revealed any details regarding wedding plans. Hopefully, fans wil get to see Zach and his beloved walk down the aisle soon.

How did Zach and Maggie meet?

Zach Kornfeld met Maggie Bustamante at the gay bar in 2016, where Zach was with Eugene, Matt, Becky Habersberger, and Keith Habersberger. For two months, Maggie did not know Zach was a social media star. Later on, they went on a couple of dates which turned out great. 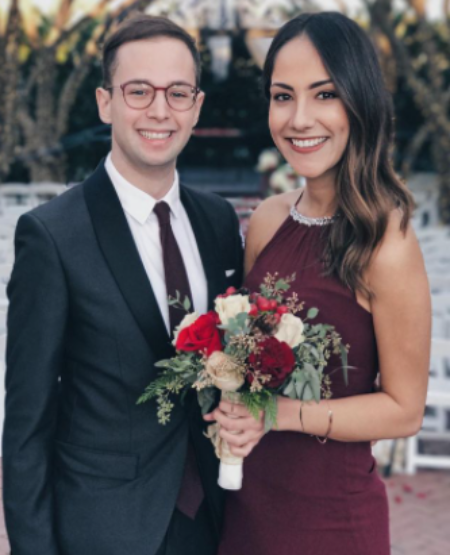 Maggie stood by the side of Zach while he was leaving Buzzfeed to begin his own company with friends. Furthermore, Bustamante supported Zach while being diagnosed with ankylosing spondylitis.

Zach Kornfeld, 31, has summoned a colossal net worth of around $3 million as of 2021. He earned that fortune from his career as a co-creator, director, and producer of Try Guys.

Zach Kornfeld is a widely popular YouTube show known for The Try Guys and The Try Pod. He co-created the show at Buzzfeed and left the media giant in 2018 to establish his own company.

Kornfeld's wife is a registered nurse, health and wellness advocate. She is a proud Peruvian. In the meantime, she enjoys live music, takes care of dogs, and hunts for delicious food. Maggie co-hosts the podcast You Can Sit with Us alongside Becky Habersberher and Ariel Fulmer. The team's work was hosted by creative hub Ramble.