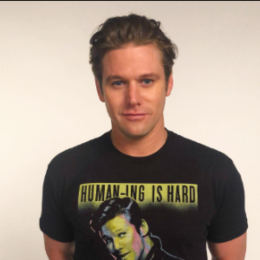 Zach Roerig is an American actor best known for his appearance in The Vampire Diaries, One Life to Live and As the World Turns. The Montpelier native joined the entertainment field in 2004. 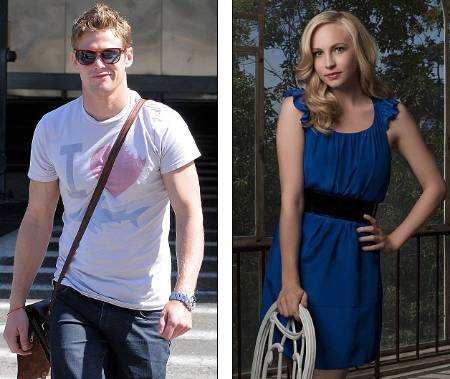 Zach Roerig has a daughter with Alana Turner. SOURCE: dailymail

Roerig's baby mama was incarcerated in federal prison following three arrests and a guilty plea for various crimes. On October 22, 2013, Zach won custody of his two-year-old kid from her jailed mother. Later, a court in Georgia revealed how the actor has the power to make all upcoming decisions over the child's care.

Besides this, the Vampire Diaries star was also in a romance with his co-star Candice King. The duo began dating in 2011, and it lasted for around a year.

Roerig was also romantically linked to the Hollywood industry's big name Kayla Ewell. They were in a relationship for a year in 2010. 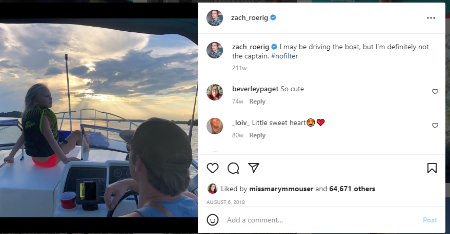 The lovebirds sparked dating rumors while Candice King referred to Zach Roerig as her man in a Twitter post in October 2011. That's not all; even Roerig fuelled the claim a month later by retweeting a snapshot of Candice in a bikini. He wrote, "My number one cheerleader."

In 2016, the father to one dated another fellow Vampire Diaries cast Nathalie Kelly. She appeared as Sybil in the eighth and final season of the series. Zach confirmed his relationship with Nathalie in November 2016, sharing a cozy picture of the two on their respective Instagram accounts.

Working in the entertainment industry for over fifteen years, Zach Roerig possesses a net worth of $4 million as of 2022. He earns big chunks from his successful career as a television and movie actor.

Check out the clip of Zach Roerig speaking at an interview in 2014!

From 2009 to 2017, Roerig played the character of Matt Donovan in The Vampire Diaries. Besides, he is best known for his role in the tv series As The World Turns and One Life to Live. In 2019, Zach portrayed the role of Sarge Will Mosley on the USA Network series Dare Me.

Zach was born on February 22, 1985, in Montpelier, Ohio, United States.
He is the son of Andrea Roerig and Daniel Roerig. Zach has a younger sister Emily born in 1989.

Roerig studied at Montpelier High school, where he played wrestling and football. In 1990, Zach attended the Barbizon Modeling and Acting School of Cleveland. His actual birth name is Zachary George Roerig. In the meantime, Roerig prefers watching Entourage, Seinfield, and That 70s Show.

In the early 2000s, Zach participated in the International Modeling and Talent Association, where he signed his talent manager. And a year later, he moved to New York City to chase his acting career.

Roerig has an appealing body structure with a height of 5 feet 11 inches (1.8m) and weighs 65 kg. He has short-curly brown hair and bright blue eyes. Roerig wears eyeglasses when not on camera.

The handsome American actor is a nonvegetarian. He does workouts and takes a balanced diet to stay fit and healthy. Tie a Yellow Ribbon cast dwells expensive designer brands to stay stylish.

The brown-haired actor joined Twitter in July 2009. And today, he has amassed 530.9k followers. Altogether, he has 646 tweets.

Fiona is the only child of Alana Turner with Zach Roerig. Fiona is twelve years old. She lives with her dad.