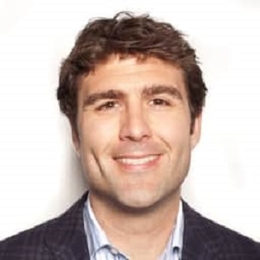 Zachary Bogue is an American entrepreneur who currently has jobs in ten different sectors. Bogue works for organizations on different positions like Young Global Leader at The World Economic Forum, an investor at Uber, and others. He not only limited his skills on entrepreneurship, instead, he is also a lawyer, athlete, investment manager, and philanthropist.

Married His Lover Of Two Years

Zachary Bogue met his future wife, Marissa Mayer, in 2007 through one of their mutual friends. His partner Marissa is an American businesswoman who worked for the world's top companies like Google and Yahoo. At their first meeting, they introduced and soon fell for each other. 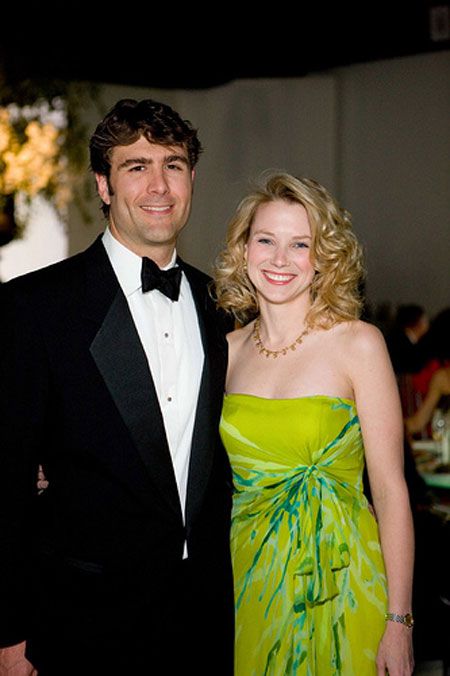 Bogue and Marissa began to give company to one another, and their love for one another began to grow day by day. Moreover, their similar interests, like skiing, hiking, and running, further became the plus point for them. 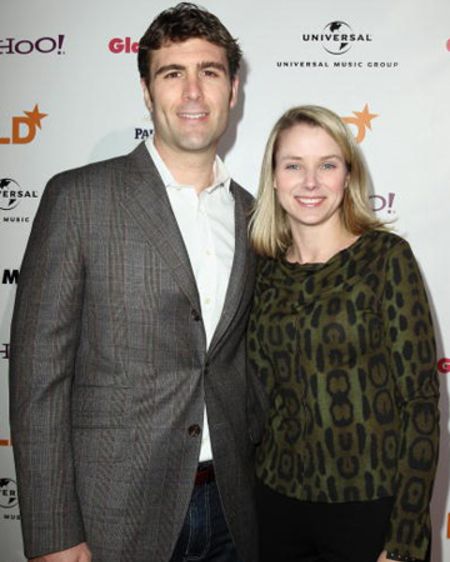 Thus, after dating for less than a year, the couple decided to take their relationship to the next level and got engaged on December 2008. Bogue gave a surprise to his lover while they were on a trip to Paris. He got down to one knee and popped up a question with an engagement ring.

Similarly, a year later, the engagement, Zachary and his fiance Marissa got hitched on 12th December 2009. Their three-day wedlock was held in a San Fransisco Treasure Island. 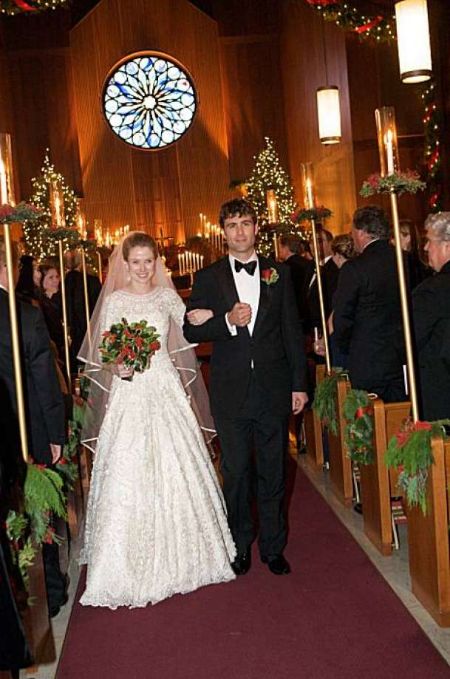 Marissa looked stunning in her wedding dress with a bodice crocheted and embroidered in snowflake lace designed by Naeem Khan. It was followed by a long veil designed by Carolina Herrera. Her beauty was further enhanced by blue crystal design on the instep shoes by Stuart Weitzman. 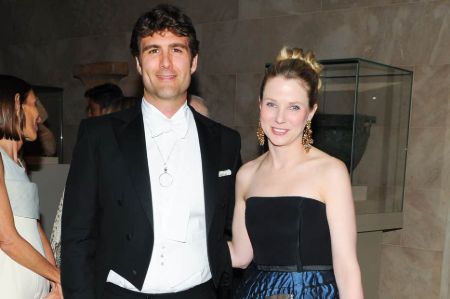 Likewise, the bridesmaids wore jewel-tone dresses made by Reem Acra. For the special day, her mother wore Vicky Tiel. Similarly, the groom appeared in a Broni tux and a "somewhat funky" shirt by Etro.

From their blissful married life, Zachary Bogue and his spouse Marissa Mayer have three beautiful kids. They welcomed their first child, a son Macallister Bogue on 30th September 2012. 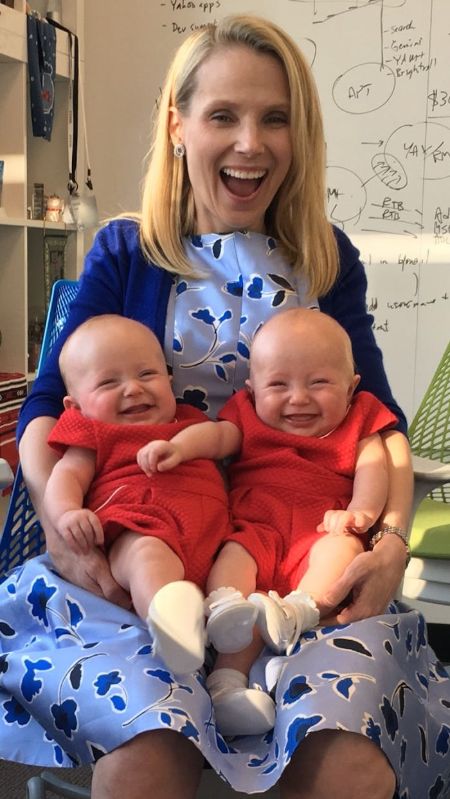 Similarly, the family of three turned five at a time after Marissa gave birth to twins. On 10 December 2015, their twins Marielle Bogue and Sylvana Bogue were born. As of now, Bogue is living happily with his spouse and kids.

Being one of the multi-skilled personality, Zachary Bogue summons a colossal amount of money. His overall net worth is $300 million as of 2019. Further, his annual salary is probably not less than a million.

Besides, his wife, Marissa Mayer, is also one of the wealthiest businesswomen in the United States. She holds a net worth of $620 million and earns a salary of over $1 million per year from Lumi Labs.

Marissa previously worked for Google and earned over $300 million. Furthermore, she is also the former employee of Yahoo, from which she summoned over $400 million.

A millionaire entrepreneur and his wife live a luxurious life with their children. They own an apartment in a penthouse on San Francisco's Four Seasons. Their apartment is decorated with whimsical glass artwork by Dale Chihuly, which worth around $15,000 per piece. 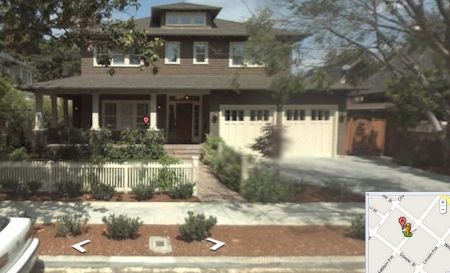 Furthermore, they also have a house in Palo Alto. His spouse wears a gold face watch by Omega De Ville worth $20,000. She also carries an expensive black Chanel bag which price starts from $4,000 upward.

Back in 2013, Bogue and his partner were rumored to have bought an expensive house in San Francisco history. The reports claimed that their house was worth $35 million; however, the news turned to be fake. 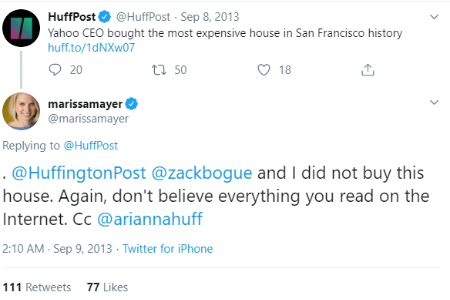 Zachary Bogue and Marissa Mayer were rumored to have bought a house SOURCE: Twitter (@marissamayer)

On 8th September 2013, Huffingtonpost said that the Yahoo CEO, Marissa purchased the most expensive house in San Francisco. But, later, Marissa said that the news was fake by replying to the tweet writing, @HuffingtonPost @zackbogue and I did not buy this house. Again, don't believe everything you read on the Internet. Cc @ariannahuff."

Stay in touch with Marriedwiki for more celerity Biographies and Gossips!!!

Macallister Bogue is the first child, son of an English entrepreneur Zachary Bogue and his wife Marissa Mayer.

Sylvana Bogue is the daughter of Zachary Bogue and his wife Marissa Mayer born on 10th December 2015.

Macallister Bogue is the twin son of Zachary Bogue and his wife Marissa Mayer, an American businesswoman.