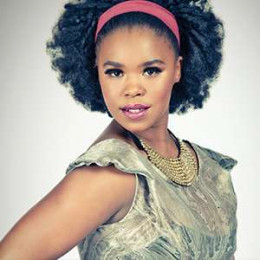 A singer-songwriter, Zahara is the daughter of Nokhaya and Mlamli Mkutukana. Her music described as a mixture of the styles that have been popularized by Tracy Chapman, and India 'Arie'.

She started singing in her school's choir when she was six years old, and at the age of nine, she was told to join the senior choir because of her strong voice.

Zahara and Umhlobo Wenene DJ Amaza Ntshanga have been dating for four years. She had previously said preparations for a ceremony to welcome the son-in-law into the Mkutukana family were already under way.

On 1st May 2012, at the annual South African Music Awards, she won eight awards, including "Best Female Artist" and "Album of the Year". Moreover, Zahara is the brand ambassador for the Nelson Mandela Children's Hospital.