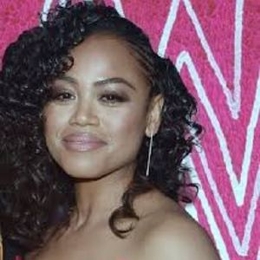 Zinzi Evans is known among the general public as the wife of the Black Panther director 'Ryan Coogler.' But only a few people are aware that Evans is a accomplished woman on her rights. She is a sign language interpreter who has worked with the biggest company in the world, Apple.

Like Bob Marley Lyrics," In High tide or low tide, I'll be your side." Zinzi Evans supported her life partner, Ryan Coogler, in every step.

Zinzi Evans and her husband are both Oakland, California native. They started dating during their high school days. After graduating, the lovebirds went into different colleges that were located in various parts of California. 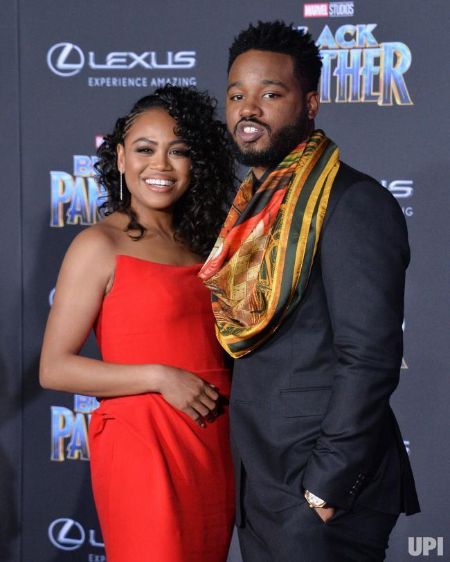 Zinzi Evans and her husband Ryan Coogler dated for a decade before the wedding. SOURCE: Tumblr

Instead of breaking up and finding a new love interest in college, Zinzi and her then-boyfriend maintained a long-distance relationship. Not only they provided one another with emotional support, but they always encouraged one another to fulfill their dream.

Evans' then-boyfriend Coogler, after completing his bachelor's degree in Finance, went on to pursue a degree in Films at the University of Southern California. While studying there, he needed to write scripts for film. But he could not afford to buy the software that is used to write screenplays. At that time, she saved some money from her work and purchased the software for him.

After that, Ryan wrote a few shorts which were nominated for many awards. A few years later, he directed his first feature film "Fruitvale Station," featuring Michael B. Jordan and Octavia Spencer. The film was both critical and commercial sucess, and soon he got opportunities to direct other projects, including the mega-hit "Black Panther." 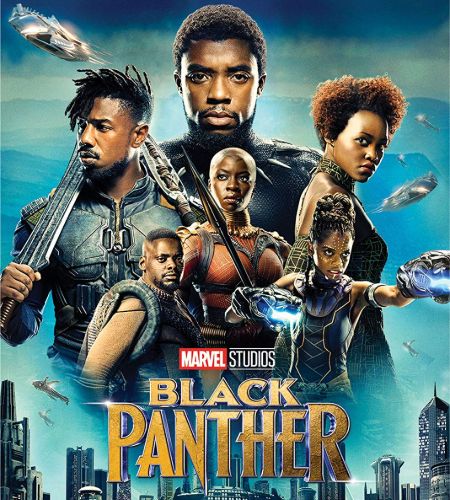 Ryan was achieving a new height of sucess every day and was becoming Hollywood A-lister. But he did not let newfound fame affect his relationship with his longtime girlfriend.

Ryan remained committed to her and vice-versa. Thus, on May 2016, the pair walked down the aisle after dating for nearly over a decade.

Zinzi Evans and Her Spouse Welcomed their First Baby in 2019

Zinzi Evans and her significant other likes to stay away from the media limelight if possible. She occasionally appears alongside her spouse in the awards ceremony, but they rarely provide the details of their family life. More to that, they are not present on any social media platform.

So, fans were pleasantly surprised when Zinzi's hairstylist Alexander Armand posted a photo of her with her husband heading out for the Writer's Guild Awards(WGA). The couple was looking dapper as always, but all eyes were on Zinzi and her baby bump. 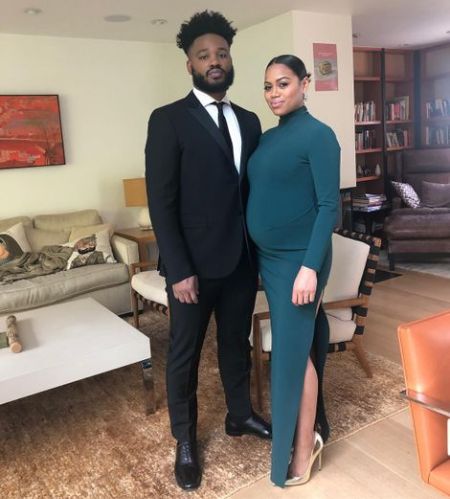 Zinzi's hairstylist revealed she is pregnant back in February 2019. SOURCE: Alexander Armand Instagram(@alexander_armand)

This was the first time the couple announced they were expecting their first child. Nine months have passed since the revelation, so it is very likely the child is born already. The couple has not yet revealed he name or face of their child. Moreover, the gender of their newborn is also not known.

Hopefully, Zinzi and her husband's first child is a girl because Ryan wants to have girls in his family. He said in an interview:

“I found I want daughters real, real bad,” he told The YBF exclusively. “Like plural. I thought, making Fruitvale Station, I want kids. But like, on this one, I have to have some daughters.”

Well, we can expect many kids in the future and hope they are females, just like Ryan wishes.

Zinzi Evans holds an overall net-worth of $400,000. A large chink of her wealth comes from her job as a Freelance Sign Language Interpreter. On average, a sign language interpreter in the USA earns around $24 per hour.

Before she was an Interpreter/ Employment Specialist for Deaf Counseling, Advocacy & Referral Agency (DCARA); she worked there from July 2008- November 2015. 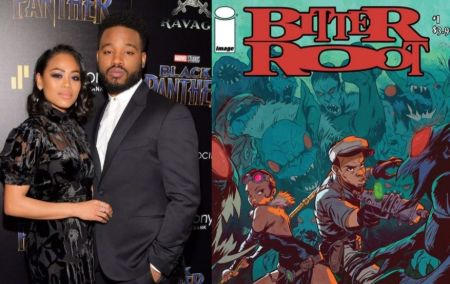 Zinzi has also given her expertise in films. She has worked as a sign language consultant in movies such as "Creed," "A Wrinkle in Time," and "Rampage."

In 2019, Evans held a new position. She will now be a producer in the comic series "Bitter Root" which will be co-produced by her husband Ryan Coogler and Sev Ohanian. The show is currently in the pre-production phase.

Ryan Coogler is a director most famous for directing Marvel's Black Panther. He and Zinzi Evans are happily married.