Home Article Who is Octavia Spencer Husband? The Academy Award Winner American Actress Decided To Stay Single; Was It Worth It?

Who is Octavia Spencer Husband? The Academy Award Winner American Actress Decided To Stay Single; Was It Worth It? 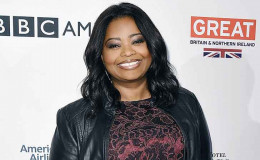 Often you hear Hollywood celebrities striving to balance their personal life and professional career. It's quite rare to hear someone completely sacrificing their prospective love life to reach greater heights in their career.

Octavia Spencer belongs to an admirable breed who is fully focused on achieving greater success in her profession every single day, but is she dating someone? What about her past affairs? In what aspect is she unique from other actresses? Let's find out.

Is Octavia Spencer Dating Someone?

The 47-year-old actress Octavia Spencer is currently single. She, in fact, appears to be a person who is not too fascinated with dating and stuff. She never got into much spotlight when it came to her love life. 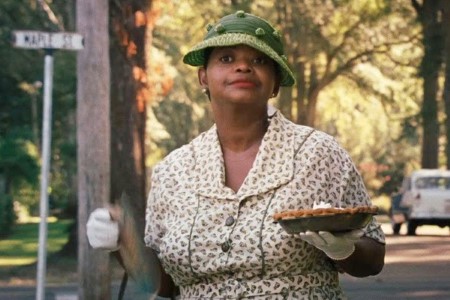 During an interview with Parade in July 2013, she was asked if she dates more now that she is famous.

"Less! The visibility is scary, so I get it. At this point, I’m not looking. He has to find his way to me."

"I’m totally fine with not being married or a mom right now. There was a time when that kind of stuff depressed me, but the universe had other things in store."

The special someone in the actress' life so far is definitely awards and recognition. She appears content with her decision to not tie the knot or have a child of her own.

Discover: Did Keanu Reeves Married someone after the Death of his Girlfriend Jennifer Syme; Find out his Current Relationship Status

The reasons for this decision is certainly best known to Octavia herself. Meanwhile, she was previously linked with Josh Hopkins and Tate Taylor, albeit they were merely rumors that never gathered pace. Spencer believes in giving full focus to her career even at the expense of a happily married life and children.

Spencer disclosed that she has a celebrity crush on Pitt and has met him in past years.

Octavia Spencer is not your typical lady who strives to balance her professional career and personal life. She claims she is fine the way she is. Octavia admitted motherhood is not something she will experience as she has decided not to have children. 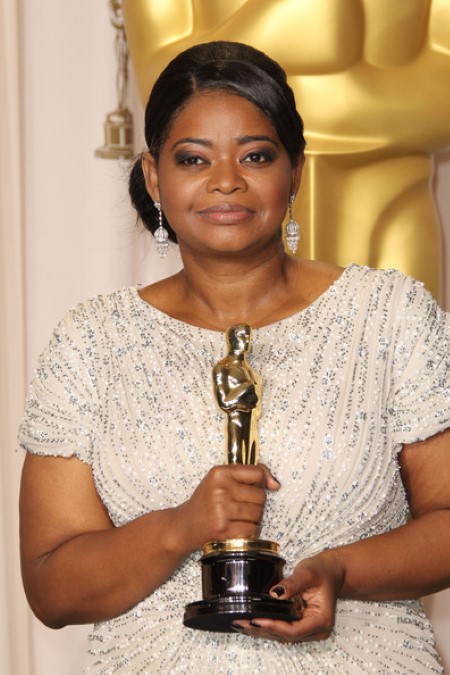 Octavia Spenser won an Oscar in 2012
Source: The Savvy Sistah

At the Hollywood Reporter's annual Actress Issue's roundtable in November 2013, she said:

“I should be married and have 19 kids, and now I'm thinking my eggs are dying on the shelf. They're going to go past their expiration date. But it's what I chose, so I'm fine with that decision.”

When asked specifically about her dating endeavors the actress said:

"I don’t really like to talk about dating. It’s not easy dating anywhere, but definitely not easy dating in Hollywood. I don’t know whether I’d call it ‘fun.’ It’s very interesting – let’s just say that."

Earlier, in January 2012, Octavia attended Screen Actors Guild Awards where she went with her date for the night Josh Hopkins who she claims is her friend. 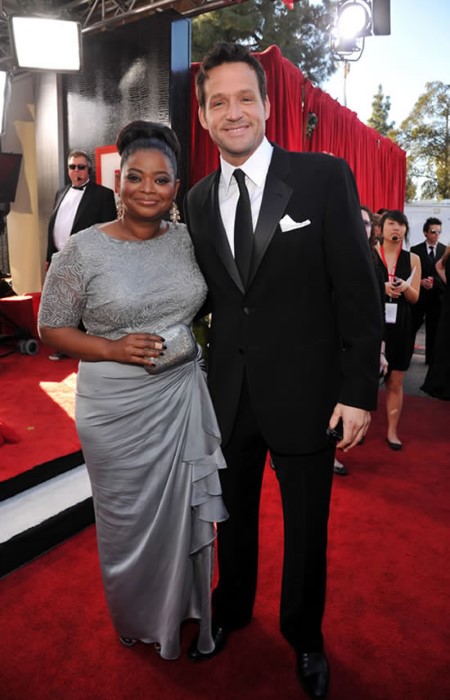 On the red carpet, Octavia said:

I decided to rob Cougar Town -- I'm a cougar tonight, but Josh is my dear friend, so I'm not going to put my claws in him.”

Spencer further added she felt it was fitting to have a good friend by her side who's not a part of Team Help.

Octavia's interviews about her relationship status and plans for children provide clear indications that she is opting to choose her profession over a family life with her husband and kids. Her remarkable success certainly vindicates her decision!

You May Also Like: Aaron Paul And Wife Lauren Paul Welcome First Child Together; Revealed Sex Of The Newborn On Instagram

As far as her personal life is concerned, it remains unlikely that this amazingly talented actress ever puts on a wedding ring. However, she most definitely has left a lasting impression on her fans with an amazing showcase of talent throughout her professional career.

And, aside from making a lasting career impression to the millions of audience, Spencer is also busy making awareness on social and political issues through her Instagram. Spencer is often sharing the important activism happening that involves racism, feminism, and important news along with some funny memes.

Further, Octavia also shared about the famous case of Kyle Rittenhouse who was not pleaded guilty to homicide. "It’s insane that our country is completely fractured," wrote Spencer. 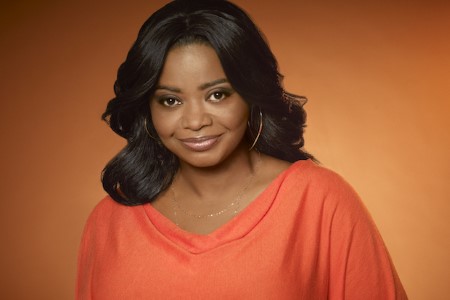