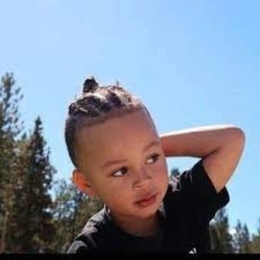 Zion Klavan is the son of Corde Broadus and Jessica Kyzer. Baby Zion is famous for his association with the wealthy and world-famous star family. He is also better known as the grandson of rapper Snoop Dogg. 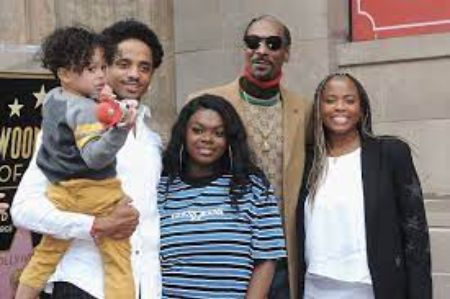 Assuming Snoop Dogg's social media handle and some articles published by genuine sites, the rapper is pretty much happy to have a grandson like Zion. Snoop Dogg, as well as Shante, frequently visits their beloved grandson Zion Kalvin. 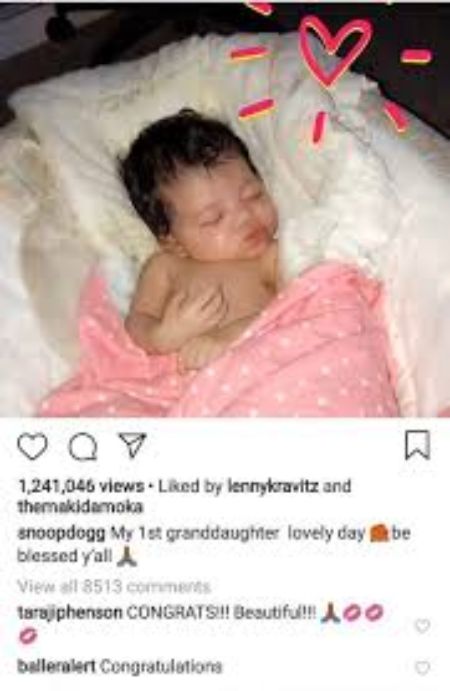 Even though Jessica has given birth to the grandson of Snoop Dogg, she was not married to Corde. Jessica and Zion's father previously dated but split after welcoming their son. Zion Kalvin has half-siblings named Elleven & Sky Love. Zion's father and his current girlfriend aka Soraya also shared a child named Kai Love who died ten days after being born.

Zion Kalvin was already popular before he arrived in this world. Raised in wealthy family background, his grandfather Snoop Dogg is introducing his grandson to the culture. When it comes to Zion's lifestyle, he currently resides in West Side, California, the United States, with his parents. 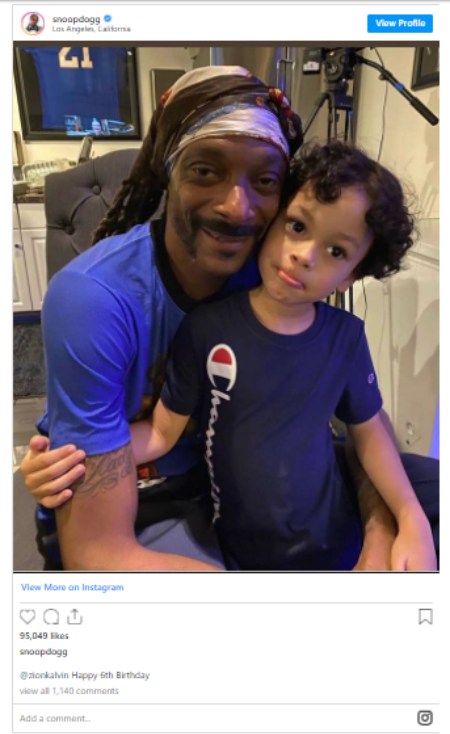 Kalvin's mom makes a hefty amount from her career as a model. Besides, the Southern California-born diva has a blog named "Muse," where she uploads special memoirs about her life. Moreover, Jessica also revealed she doesn't prefer calling herself a model.

Speaking of Kalvin's dad, he is the eldest son of the American rapper Snoop Dogg. He gained popularity as a model and actor too. Corde Broadus was also featured in his dad's music video, "Drop It Like It's Hot," in 2004. Except for music video, Corde has portrayed a minor role in the American comedy, "We the Party."