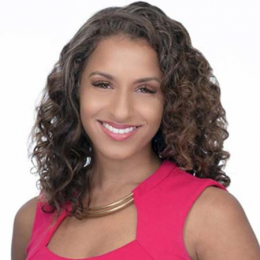 Zora Asberry aged 27, is a popular media reporter who works for News 4 San Antonio as a traffic reporter. She remains one of the beautiful reporters who worked for a few media channel before finally getting into the one she's in now. Apart from news reporting, since 2017, she works as a model, public figure, and online influencer on LOPED to inspire women.

TV anchor Zora Asberry is possibly single as of now. She's secretive about her relationship, but looking at her profile it's safe to say that neither she's married nor she has a boyfriend. 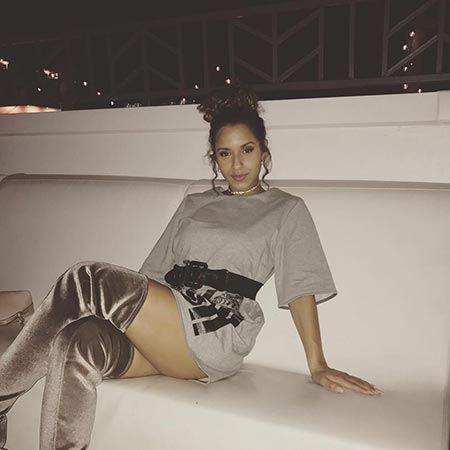 Zora secretive nature makes tough for the media to figure out her love life. She locks her Instagram private so that no stranger can sneak on her posts. More like, she doesn't want anyone to circulate about how her intimate life is panning out.

The reporter once tweeted about moving on from a relationship, in 2018. She stated that she was cheated and had to break up with him. Nevertheless, Asberry might have been in a relationship back then, but she didn't talk about it later. It might not be her official account, so only assumptions could be made. 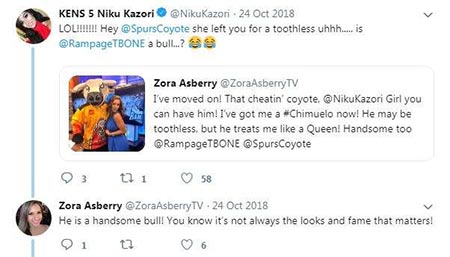 Zora Asberry tweet about her boyfriend. Is this real?

Throughout her life so far, she managed to stay out of the rumors suggesting her link up to someone else. She's completely focused on her career and won't be distracted by the relationship troubles.

Zora Asberry Career; How Much Is Her Net Worth?

Zora Asberry holds a long-running career in the news reporting industry which makes her net worth of total $400,000. Thanks to her work on a few popular news channels, she is still skyrocketing her career. 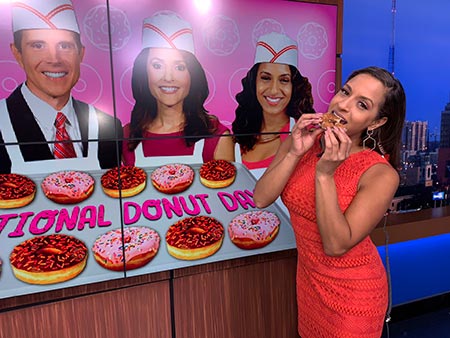 News 4 San Antonio traffic reporter Zora Asberry.
SOURCE: Twipu
Asberry's job in the media as a news reporter began from 2014 when she first broadcasted at KWES-TV. Since then, her career took a step forward as she got the news anchor role at NewsWest9 in 2015. On the same media, she became the anchor and co-producer of the morning news called Sunrise. Currently, she works as a traffic reporter at News 4 San Antonio alongside Randy Beamer and Irene Cruz.

An average salary of a traffic reporter in the US is around $61,000. She is an established reporter who is certain to earn a good income of about $70,000 every year. Apart from reporting, her work as LOPED model earns her around $25,000 per year as she's raw to modeling. Normally, a model earns $42,000 annually.

Born on 30 August 1991, in Austin, US, Zora Asberry was raised with her seven siblings. She is of White ethnicity and belongs to American nationality. Her zodiac sign is Virgo. 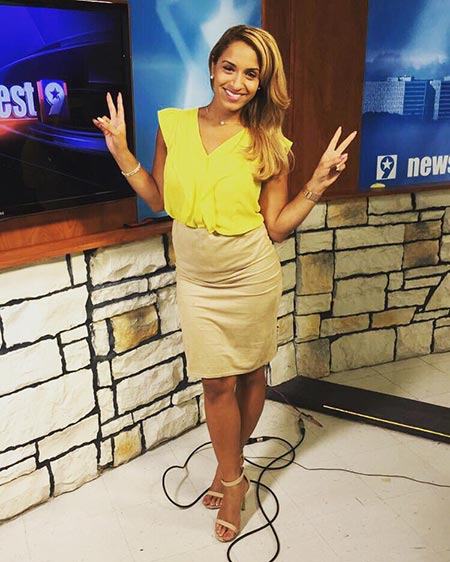 Zora Asberry during a TV broadcast.

Asberry pursued a bachelor's degree in Technical Communication from the University of Texas at San Antonio, with a minor in Business Administration. She went on to be a traffic anchor for WOAI and Fill-in-anchor for KABB Fox29. She also worked as a weekday anchor for News 4 San Antonio.

Find out about your favorite celebrities on marriedwiki.com/wiki!!!!