Home Article American Footballer, Josh Norman Dating His DWTS Partner Sharna Burgess? What Did The Couple Say About The Rumor?

American Footballer, Josh Norman Dating His DWTS Partner Sharna Burgess? What Did The Couple Say About The Rumor? 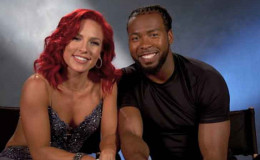 Josh Norman is an American Football Cornerback of Washington Redskins of the National Football League (NFL). Norman is master at his profession. Recently, the NFL star became a talk of the town when he appeared in dancing reality show Dancing With The Star. Is he in love relationship with someone?

Josh Norman, the 30 years old cornerback is known as one of the best cornerbacks in the NFL. He is well known for his professional life but his fans got very little information about his love relationship. The star with a pleasing personality has his fans drooling about his romantic side. It's time to find out about his love life.

Norman was in news lately as he was seen with a beautiful lady. It was rumored that the NFL superstar is dating the same lady. Let's find out whether he is dating someone or single.

Is Josh Norman Dating Someone At Present?

The NFL superstar Josh Norman is rumored to be dating Sharna Burgess, an Australian professional dancer since their debut on Dancing With The Star on April 30, 2018. The dancing pair immediately caught the attention of the audience as soon as they performed on the show. The pair is slaying in the show with their slick moves and undeniable chemistry. 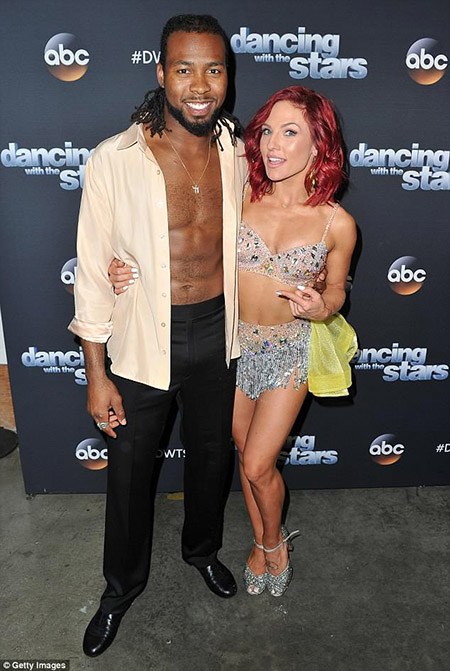 Their chemistry was amazing from the very beginning, fans can't help but wish to see them as a real-life couple. Here is a clip from Josh's Instagram of Josh and Sharna's mindblowing performance at DWTS. Josh truly surprised everyone with his polished body movements. The pair might win the show with such astonishing performance.

We are so grateful to be in the finals. Thank you to everyone who voted. The journey continues! If you haven’t voted yet you have until 8pm EST | dwtsvote.abc.go.com @dancingabc @sharnaburgess

As the dance couple burned the floor with their sizzling performance on DTWS, the rumor of dating spread everywhere. Then Sharna came ahead and confirmed that there is nothing between Josh and her. The 32 years old Sharna said she and Josh are just good friends and are not dating.

Ok loves.... team name suggestions!!! So far we like .... #teambackthatpassup #teamdoinitforthekids #teamtangosandtouchdowns Tell us in the comments below which one or give us more!!

Josh and Sharna both have shared pictures on Instagram of their dance to show their excitement. They have thanked their fans for all the love and support as the couple made it to the finale of DWTS.

Josh Norman started playing during his high school days. While in college, Norman started taking courses at Horry Georgetown Tech. In his freshman year, Norman played in all 12 games with 7 starts.

During his sophomore, he broke the league record and tied for second in the nation with eight interceptions. In his junior season, Norman again earned 1st team All-Big South. With all his dedications he soon emerged as a successful professional player.

Dedication, Determination,& the Will' to Succeed At all costs.. Focus on the your Target! Aim high' An give em hell in the process! To the Troops we salute you 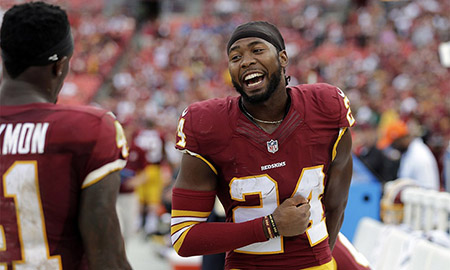