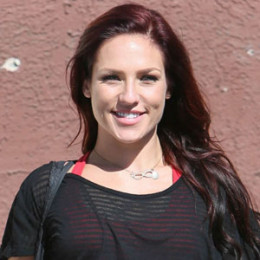 Australian ballroom dancer Sharna Burgess is well known for being a troupe member and professional partner on the ABC series “Dancing with the Stars”, where she is a 2-time runner-up on the show. She belongs to white ethnicity and holds an Australian nationality.

An Australian Ballroom dancer, Sharna Burgess was born on June 21, 1985. She grew up in Wagga Wagga, New South Wales with her parents, Ray and Lucy Burgess.

As a child, Burgess was a tomboy, despite that she love to dance at a young age. She was involved in various sports and different styles of dance.

Sharna started her dancing career since she was 5 as she took training in jazz, ballet, and gymnastics. When she was 8, her study of ballroom started and she won lots of local and national titles.

At the age of 15, Burgess was selected to represent Australia at the World Championships and performed in the 2000 Sydney Olympic Games closing ceremony, and the Standard and Latin styles.

At the age of 18, Sharna traveled to London, where she collected huge title and toured with UK show, Simply Ballroom. She made her television debut through Australian "Dancing with the Stars". 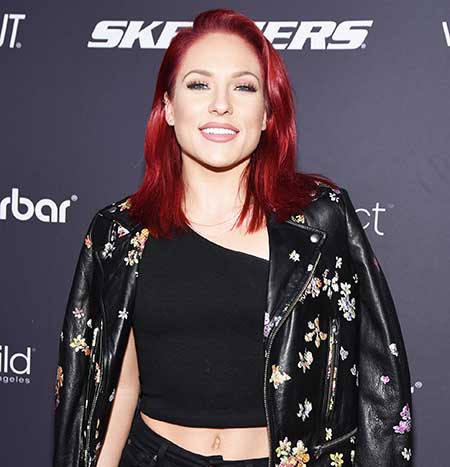 On August 27, for season 19, Sharna Burgess partnered with talk-show host Tavis Smiley, where they were eliminated in week 2. For season 20, she was partnered with motivational speaker and combat veteran, Noah Galloway, and entered the finals and completed in third place.

For season 21, Burgess was paired along with Backstreet Boys singer, Nick Carter, where they made it to a final place and finished in second place. Same like for season 22, she was partnered with NFL player Antonio Brown, where the paired made it to the semi-finals and eliminated and ended in fourth place.

For season 23, she was paired with car racer James Hinchcliffe. Due to her knee injury from the earlier week’s rehearsal, Burgess had to rest during week 8-9. Jena Johnson substituted for her as James partner. The paired made it to the finals and ended in second place.

For season 24, Sharna Burgess is paired with Professional Bull rider Bonner Bolton, where she received low points and harsh criticism from the judges.

Woke up and it’s still real.

Burgess and her dance partner, the country music power player, and incoming American Idol Bobby Bones became the winners of the 2018 season of Dancing With The Stars. The pair won the live final night on 19th November among the stars including Milo Manheim and Witney Carson, Evanna Lynch and Keo Motsepe, and Alexia Ren and Alan Bersten.

Currently, she is dating Pierson Fode, The Bold and the Beautiful fame actor. The duo confirmed their relationship in April 2017.

Primarily, she was in a relationship with dancer Paul Kirkland, whom she dated in 2010. The ex-lover stayed together for 5-years and ended their relationship in 2015.

Once she was rumored to be dating her dance partner Bonner Bolton. However, they both denied it and termed one another good friends.

Burgess revealed about her secret dating life earlier in November 2018. Talking with Entertainment Tonight, she said,

"I'm getting asked that question daily [on social media] and I never said I wasn't dating someone! But dating someone also doesn't mean in a relationship, you know what I mean? When it’s real and when it’s something that can be talked about, it will be."

She has been rumored to be dating her Dancing With the Stars partner Bones. The duo has not revealed much about their relationship.