Home Article "90 Day Fiancé: Happily Ever After" Star Ashley Martson Divorced Her Much Younger Husband Jay Smith Amid His Cheating Scandal. Know The Reason Behind Their Divorce, Children and Past Affairs.

"90 Day Fiancé: Happily Ever After" Star Ashley Martson Divorced Her Much Younger Husband Jay Smith Amid His Cheating Scandal. Know The Reason Behind Their Divorce, Children and Past Affairs. 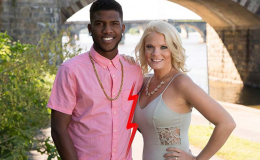 Media star and a girl with health issues, Ashley Martson have recently filed for divorce with her husband Jay Smith after finding out he's betraying her for the second time. It doesn't take time for a relationship to get complicated, does it?

"90 Day Fiancé: Happily Ever After" star, Ashley Martson lived a challenging life with failed relationship and health issues. What exactly was her life like? What was the exact reason for her being cheated? Let's see the details about her rollercoaster life in the article below.

Ashley Martson Relationship With Husband Jay Smith. What Is The Real Reason Behind Their Divorce?

Ashley Marton 32, married young Jay Smith, 20 after they started dating for some months. Their marriage didn't go well as they filed the divorce for the second time recently in early April 2019. 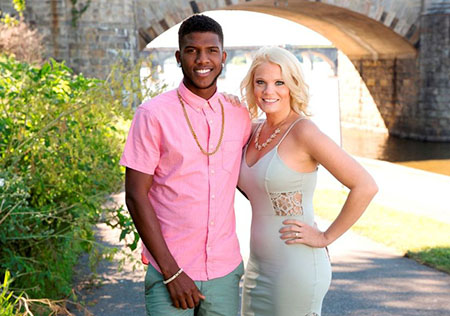 She accused her husband of cheating her in a series of Instagram stories. She wrote,

"Behind every strong woman lies a broken little girl who had to learn to get back up, fix the broken pieces, and never depend on anyone."

Well, things took a negative turn when she found her husband enjoying at the strip club with her money and her car.

"It’s all fun and games until your ass gets deported."

"Have fun at the strip club with MY money and MY car you’re driving around without a license!"

Their first meeting happened when she attended her friend's marriage in Jamaica where they met at a club. Further, Smith was curious and found her on social media, kicking off their love life. She was so much into him that she came back to Jamaica just to meet him.

You may also like: Reality TV star Carole Ann Radziwill is Dating. Meet her Boyfriend here. Lost her husband due to cancer in 1999

The love story seems sweet and adorable but it didn't last that way for long as Martson had a hint he was cheating on her right after a few days or weeks of their marriage. She figured out he was chatting with girls on dating apps, which is not what a married man should do.

Talking about the incident Martson stated,

"I spoke to the girl and found out she met him on a dating website, and he was inviting her to my house. It definitely made me look like a fool staying with someone that hurt me. I don’t think I can forgive him."

Her series of statement suggests that Smith showed fake love all along. However, he did say something about the situation as well,

"I may have hurt you. I may have not been a good husband. Jumping on a plane the second I found out you were in the hospital was something I didn't even think twice to do, We have our differences but as long as I have a life I will never let you sit alone and suffer. I love you and nothing will ever change that. Thank you for having me here to support you."

Behind every Strong woman lies a broken little girl who had to learn to get back up, fix the the broken pieces, and never depend on anyone #bossbabe #fixyourcrownqueen #womansupportingwomen

One should definitely admit the fact that Martson is having a hard time with her life. During an Instagram Story Q&A session, she mentioned that she still loves her husband despite his betrayal.

She posted some of their adorable wedding images via Instagram as it was recently edited. She urged her fans not to get confused with her posts!

I previously posted some of these photos but I wanted to wait until they were edited. We did a shoot by @kiamariestone for @nikonusa and it was stunning. It took a huge team to make this shoot possible! The photos are stunning! I’m glad we were able to come together, be professional, and get the job done! Some may be confused by this but business is business. Everyone was so incredibly nice and worked so hard to put this together. They did an amazing job #nikon #weddingshoot #90dayfiancehappilyeverafter #tlc #jayandashley #photography #weddingmodel #weddingphotography Photographer + Concept | @kiamariestone Venue + Host | @rosewood_farms Florals + Styling | @fayeandrenee Rentals | @fayeandrenee_collective Hair + MU | @daniellesbeautystudio Vow Books | @weddingstorywriter Invitation Suite | @pennedbyalice Acrylic Signs + Penned Vows | @sparkwandershop Welcome + Seating Signs | @thejesspress_ Love Notes + Place Cards + Menu | @simplyscriptedink Cake + Sweets | @thedulceexperience Bridal Boutique + Jewelry | @sarasbridalnj22 Tuxedo | @chazmatazz1 Ring Box | @the_mrs_box Vintage Car | @fabyoubuslife Vintage Car Decor | @carbendesignstudio Videographer | @victorialovagliovideography

If things are not working well with infidelity in the relationship, splitting is a good decision. Let's just hope they do well in their own lives after separating from each other.

Ashley Martson has had many ups and downs in her life with failed relationships and health issues. She is a mother of two children a daughter Roxy and a son whose identity is hidden from the media, with her past husband whose name is nowhere to be found in the media. 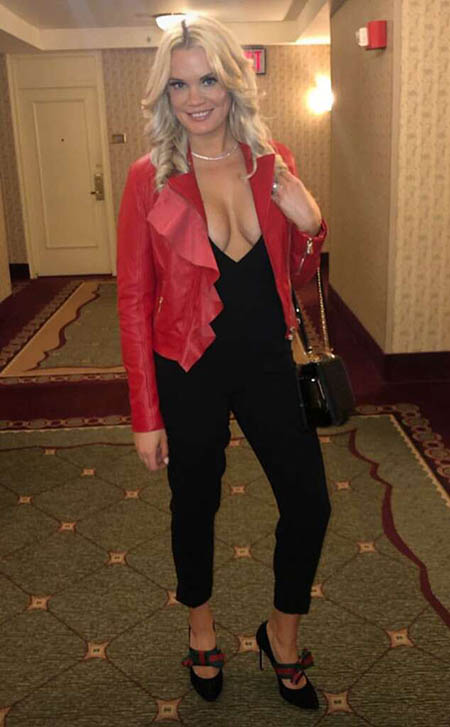 Martson made sure no one knows about her past relationships however, she revealed through the show that she was engaged twice before but didn't talk about it afterward.

She is willing to let her children live their life as they desire, keeping media away from them. She still doesn't miss sharing a few pictures of her children on Instagram. Check it out,

At the end of the day, these two are all that truly matters #mybabies

One of her incidents was where she just survived death, when she was working at the former hardware bar in York City, Pennsylvania, a 35-year-old Patrick Galaghar tried to rob her putting a blade or a box cutter to her throat. He tied her in his car and raped her before attempting to kill, but she showed some heroic effort and escaped.

Another side of her challenging life is her battle with kidney failure due to complications from autoimmune disorder lupus. In early 2019, she was found unresponsive at her home and rushed to the hospital.

I’m sorry if this photo offends anyone but I will not hide that I’m sick. If I can help one person with lupus then posting this is worth it. I was found unresponsive this morning at my home. The Ambulance took me to the hospital where it was found that I am in acute kidney failure due to lupus. I will begin dialysis shortly. I will not let this beat me. I know I’m strong enough to battle through this,not just for myself but for my kids. I will be transferred to another hospital this evening that is better equipped. Please pray for myself and my family as I know it’s going to be a very tough road ahead for all of us. Thank you for your continuous support and prayers #ashley #lupus #kidneyfailure #90dayfiance #tlc

Apart from lupus, she also suffered from a hysterectomy when she was 26, which means she cannot be a biological mother anymore. She was so scared that her relationship with Smith would end after he finds out her health issue. Having gone through so much in life, we must appreciate her for the bravery she shows in her challenging life. 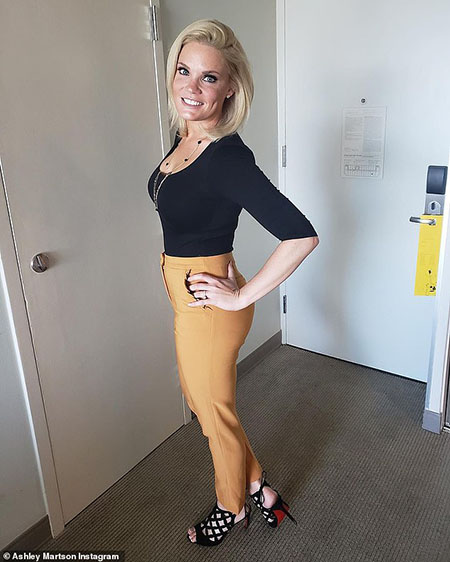