Is WWE fame Couple John Morrison and Melina Perez Married? Find out the current Relationship status of the Couple 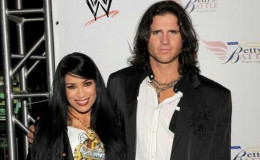 The strongest wrestler. john's ex- girlfriend is Melina Perez. Since 2016, he is in a relationship with Taya Valkyrie.

If you are a big fan of WWE then you definitely know about one of the strongest Wrestlers John Morrison. Though there is news of him leaving WWE.

Similarly, his personal life has also grabbed media attention mostly because of his on and off relationship with fellow wrestler Melina Perez.

So, is the couple still dating or is John Morrison and Melina Perez married? let us find out!!!

John Morrison and Melina Perez are not Dating anymore

WWE wrestler John Morrison known by his nickname "The Shaman of Sexy", was in a relationship with Melina Perez, a model, actress, professional wrestler, and valet.

She is three times WWE Women's Champion and two times WWE Diva Champion. Besides wrestling, she is also a model and an actress. 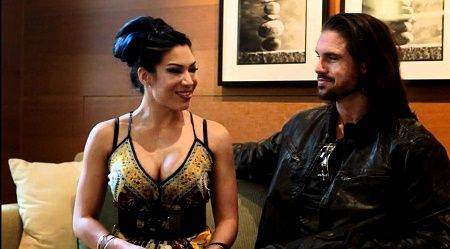 He met Melina while he was trying to struggle in television series in the year 2003 and the couple started dating afterward. The duo was together for about 11 years but unfortunately, in 2014 they broke up.

The news came as a shock to all of us but the news is true. They are not together, in fact, John is now in a relationship with other woman want to know who is see then keep reading!!

Since 2016, Morrison has started dating another Wrestler Taya Valkyrie, After he ended his relationship with Melina Perez. 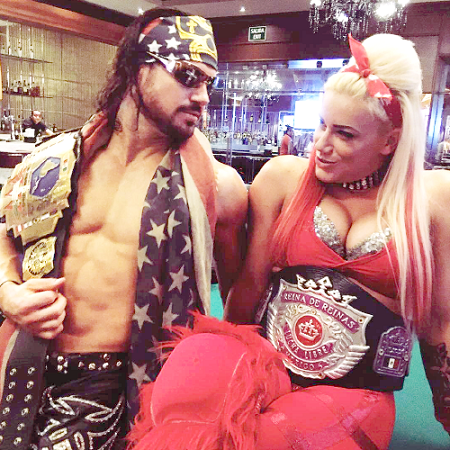 The couple seems so much in love and their Instagram posts can speak for them.

#tbt #throwbackthursday to me and @johnhennigan front row at a @canucks game in #Vancouver a few months back! We lost hahaha... ?? #hockey #love #Canadian #fun #frontrow #spoiled #amazing #letsdoitagain

John has estimated Net worth stand at $4.5 Million, considering his career wonderful career it is not a surprise to us.

In 2005,  he joined MNM group and was called up on SmackDown and won the WWE tag team championship. He joined Raw in 2006, then he had to fight in single, not with the team. But Surprisingly, he won twice the

But Surprisingly, he won the WWE intercontinental championship twice.

In 2009, John returned to SmackDown in where he won the Intercontinental Championship for the third time.

The 6'1" tall wrestler attended high school in Palos Verdes and graduated from the University of California, Davis in 2002 with a film major. 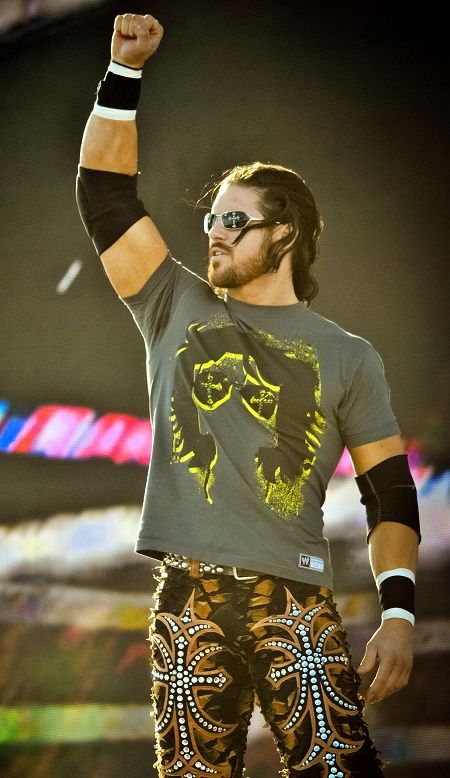 John Morison at function of Lucha Underground, Source: EVERYTHING

He is a close friendship with fellow professional wrestler Dolph Ziggler, Jeff Hardy and Zack Ryder.

He did many movies like Legion of the Black in 2012, American Justice in 2015, Boone: The Bounty Hunter in 2017 and many television series.

LETS GET THIS 50RT's@TheRealMorrison will be wrestling @TLee910 this Friday as.....

Finally, Marriedwiki wishes for his successful wrestling and filmy career and for more updates about him keeep following our page.