Home Article Klay Thompson; see his journey as a Basketball player including his Career, Net Worth, and Salary

Klay Thompson; see his journey as a Basketball player including his Career, Net Worth, and Salary 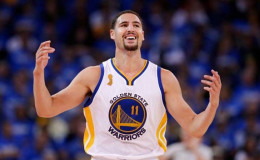 The American professional basketball player Klay Thompson has an amazing journey with his love and passion for the game. He has a very attractive salary and net worth.

Klay Alexander Thompson, an American professional basketball player is a member of Golden State Warriors. Klay and his teammate Stephen Curry is named as Splash Brothers as they succeeded to make history in the NBA in the same season with 484 scorings.

Though the basketball star has great fame and success in the professional field, he is a little backward in maintaining equilibrium in his personal life.

Well, if you wanna know more on the professional life, career and net worth of the star, here we are with all the information you want.

Klay Thompson is Rumored to be Dating Sache Lamonte

Klay is rumored to be dating Sache Lamonte since June 2016 but neither of them has confirmed their relationship till date. It is a question to all that is the couple still together or has chosen a separate path ahead. 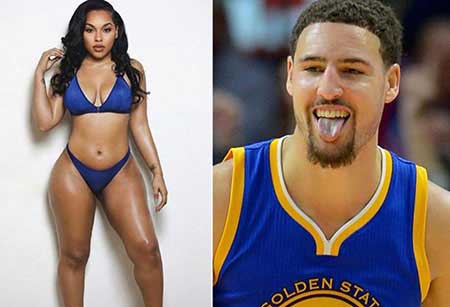 Back in 2015, Klay's former girlfriend Hannah Stocking accused of cheating her. It was addressed that he was caught naked in bed with a groupie. 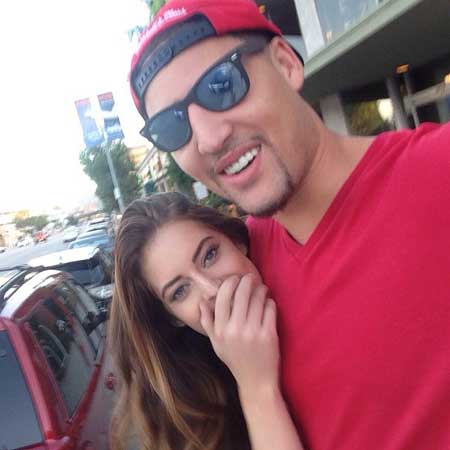 'When you catch ur man naked in bed with a groupie.... lol @KlayThompson.'

'I told him I'd @ him if he didn't stop harassing me... So I guess he really wanted that tag to get his number up.'

The moment was an embarrassment for the star but he managed everything in a better way.

As the star prefers to be away from the limelight and avoids personal questions in interviews, we have hardly succeeded in dragging information on his love life.

Career and Net Worth of Klay Thompson

Thompson appeared in a Division III State Championship in his early entry as a basketball player.

With all the hard work and effort Thompson has become a three-time NBA All-Star and honored twice with All-NBA Third Team.

In his sophomore season, he was selected as a midseason candidate for the John R. Wooden Award. In 2011 Pac-10 tournament he set the glorious record of 43 points and 8 three-pointers.

LLLLLLLLBBBBBBBBBB!! We appreciate the Brazilian hospitality my man

He was drafted in the NBA draft back in the year 2011 in the 11th position in the team. On 29 January 2012, he with his teammate Stephen Curry made history in the NBA with 483 three-pointers.

Feels great to be back in the Palouse!! #gocougs

They added one more victory with 484 in a 2013-14 season breaking the previous record.

Klay's dedication and hard work were praised by the warrior with the 4 years contract extension on October 31, 2014. And the very next day he achieved 41 points against the Los Angeles Lakers.

He has made many achievements in the series and was named a Western Conference All-Star reserve for the 2017 NBA All-Star Game.

Similarly, Klay has also achieved the gold medal at the 2014 FIBA Basketball World Cup and recently in the 2016 Rio Olympics. 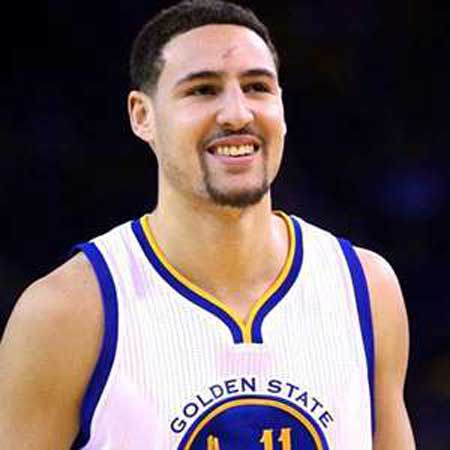 Well, the basketball player Klay Thompson has an amazing past and we wish him a bright future in his career as well as his personal life.

For more latest gossips and news of the celebs, you can visit our sites MarriedWiki.com!!!!